New battery technology could slash the cost of electric vehicles 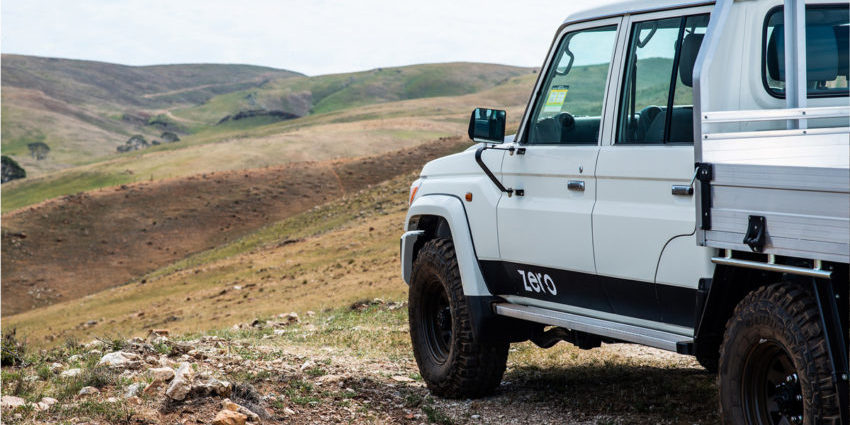 A new battery technology that could significantly reduce the price of electric cars and home battery systems has taken a major step towards commercialisation.

South Australian researchers from the University of Adelaide have secured an A$1 million research contract with a Chinese battery manufacturer to develop the new technology and bring it to market within 12 months.

The patented design uses non-toxic zinc and manganese, two metals that are abundant in Australia, and incombustible aqueous electrolyte to produce a battery with a high-energy density.

The researchers estimate the cost of this new electrolytic Zn–Mn battery to be less than US$ 10 per kWh compared with US$ 300 per kWh for current Li-ion batteries, US$ 72 per kWh for Ni–Fe batteries and US$ 48 per kWh for Lead–acid batteries.

The battery is designed by Dr Dongliang Chao and Professor Shi-Zhang Qiao from the University of Adelaide’s School of Chemical Engineering and Advanced Materials.

The high-energy, safe battery opens up markets where the battery weight, size and safety are essential factors, including automotive and aerospace, and domestic and commercial buildings, and grid-scale energy storage.

Dr Chao said although there were other Zn-Mn batteries on the market such as the dry cell, they were not rechargeable or recyclable and did not present high-energy density due to a different chemical reaction mechanism.

“I can imagine this battery being used on all vehicle types from small scooters to even diesel electric trains. Also in homes that need batteries to store solar power, or even large solar/wind farms,” he said.

“With more sustainable energy being produced – such as through wind and solar farms – storing this energy in batteries in a safe, non-expensive and environmentally sound way is becoming more urgent but current battery materials – including lithium, lead and cadmium – are expensive, hazardous and toxic.

“Our new electrolytic battery technology uses the non-toxic zinc and manganese and incombustible aqueous electrolyte to produce a battery with a high energy density.”

Dr Chao and Professor Qiao began working on the project in South Australia about 12 months ago and patented the technology at the beginning of this year.

The ongoing research work and initial product development will be conducted in Adelaide with manufacturing expected to take place in Australia and China.

“In addition, the battery uses basic materials and simple manufacturing processes so will be much cheaper to produce and easier to recycle than existing batteries of comparable energy density,” Dr Chao said.

Dr Chao obtained his PhD from Nanyang Technological University, Singapore, and worked as a researcher at University of California, Los Angeles, before joining the University of Adelaide in South Australia last year.

South Australia is home to the world’s largest lithium-ion battery at Neoen’s Hornsdale Wind Farm in the state’s Mid North. It is also looming as a hub for electric vehicles and hosts the World Solar Challenge, the world’s most famous solar car race.

Picture: Electric vehicles such as the ZED70 – the first electric ute engineered in Australia – could benefit from the cheaper zinc manganese batteries. (David Karaduman)