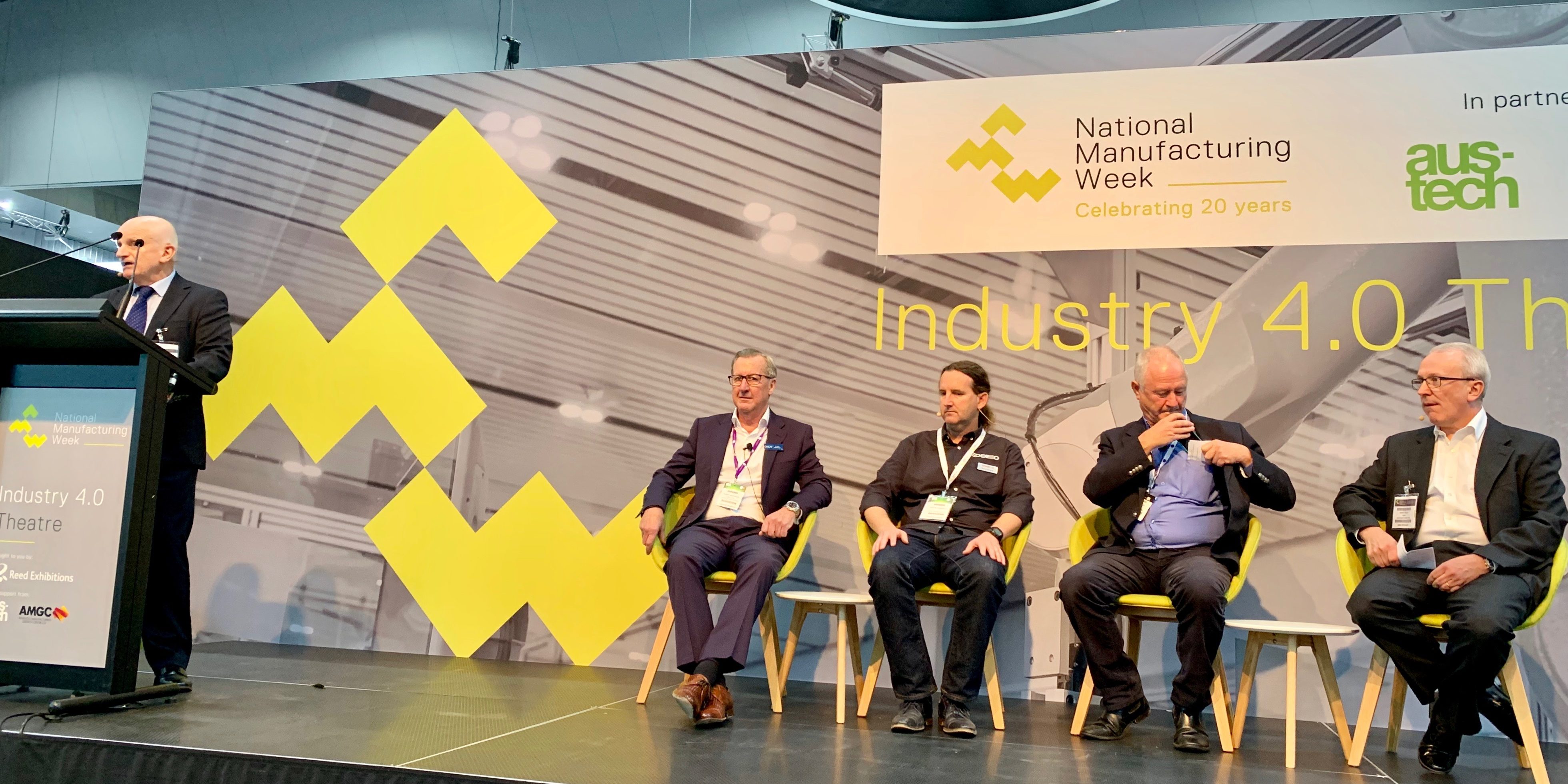 No country can hope to have a sustainable manufacturing sector without the ability to make its own industrial machines, and Australia is no exception.

Austech, the leading advanced manufacturing and machine tool exhibition, is 20 per cent larger this year, with machines from more than 30 Australian manufacturers featured.

As @AuManufacturing News’ editor, I chaired a CEO roundtable to discuss the trials and triumphs faced by local machinery makers.

Grant Anderson, a former Group CEO of ANCA, talked about the importance in globalisation of establishing after sales and support services in overseas markets.

Byron Kennedy, founder of SPEE3D, identified availability of finance as an impediment to succeeding from Australia.

While three of the companies have enjoyed success, SPEE3D is setting out on the journey at a time when business has never moved as rapidly, and in a super-competitive sector.

There have been several high points, and as many lows, in Australia’s machine tool manufacturing history.

Prior to WW2 the government set up a number of manufacturing nodes, including plants to make machine tools, which were ready to expand in the lead up to conflict.

Later these firms and the skills they nurtured were critical to Australia’s rapid post-war industrialisation.

But the cuts to industry protection, the stop-start nature of orders and our small market saw many machine tool makers fail.

Companies such as John Heine, whose presses and cutting equipment could once be seen in seemingly every factory, shrunk, and today is reduced to a metal casting business.

The 1980s and 1990s saw a revival with changing technologies allowing the truly innovative to prosper.

Similarly a more recent revival has come as industry 4.0 and technologies such as 3D printing change the face of manufacturing.

But I shouldn’t get carried away – Australian machinery manufacturers were swamped in today’s event by a massive overseas presence.

And today there is little government focus on machine tools, and a comparative dirth of skilled young people eager to get into the sector.

It will be a tough road ahead for young companies like SPEE3D.