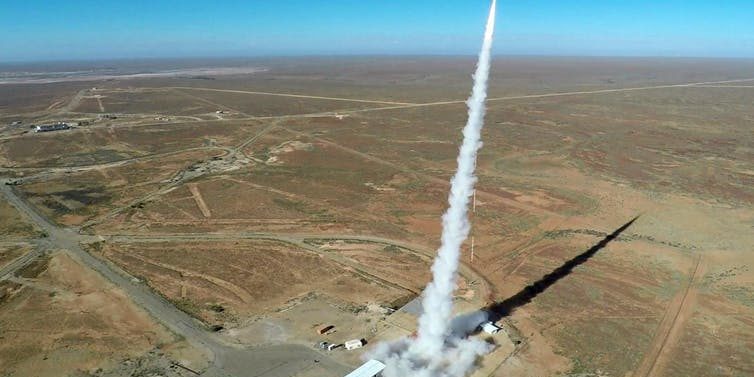 The Northern Territory government and the Australian Space Agency have signed a memorandum of understanding that each says will take advantage of the NT’s geography and infrastructure as the space industry grows.

Northern Territory Chief Minister Michael Gunner said NT was “perfectly positioned,” with its closeness to the equator and sea, relative safeness from earthquakes, and sparse population.

Equatorial Launch Australia and NASA are both preparing to launch a sounding rocket program from the Arnhem Space Centre.

“Existing infrastructure from ground stations such as the indigenous, owned and operated, Centre for Appropriate Technology, and the Alice Springs Balloon Launching Facility show the capability that exists within the Northern Territory,” said Space Agency head Dr Megan Clark.

“Growing the Northern Territory’s space sector improves other parts of the local economy through the application of space technologies to areas like remote health, bushfire tracking, emergency management, and agriculture.”

Industry minister Karen Andrews said that space was a growing sector — which the federal government wants to see triple in size to to $12 billion in 2030 — and developed technologies and know-how applied across many other industries.