On R&D spend, success can be hard to find 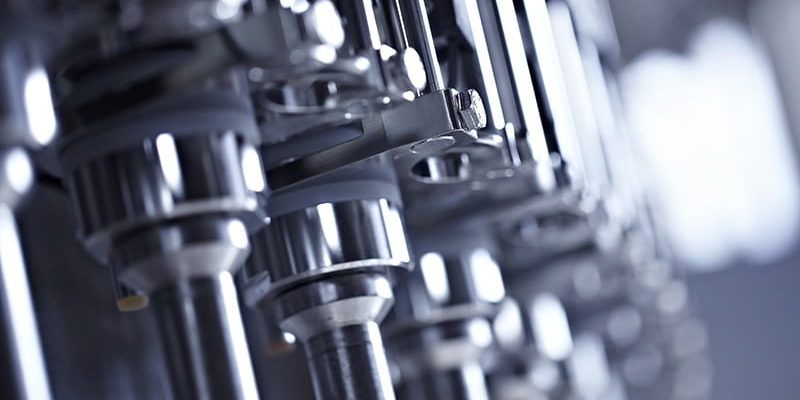 Any discussion about Australia’s R&D sector generally starts off by claiming that ‘Australia has spent billions on R&D over the past thirty years.’ That is true, we have. And yet, despite these billions, Australia ranks in the middle at the best, and in many measures well below, our OECD counterparts.

Time and again, new policy initiatives are rolled out with predictable fanfare, usually based on the catch-cry that Australia produces great innovations, but generally fails to commercialise them.

The Prime Minister’s recent criticism of “the lack of co-operation between business and universities” is but another example of this ongoing narrative.

Again, all of this is true. But, these discussions miss two important elements. The first concerns the type of innovation Australia produces.

Historically, Australia has been really good at incremental, or tinkering, innovation. That is, taking an existing product and adapting it to local use.

Think stump-jump-plough. Ploughs have existed in pretty much the same form for millennia – prior to the 20th century, the major innovation was mode of locomotion, changing from beasts to, at first, steam-driven ploughs and then, internal combustion engines.

The stump-jump plough didn’t radically change the plough design. Rather, it merely adapted the traditional plough design to cope with Australia’s millions of Mallee roots, left-over from widespread bush clearing by soldier settlers after the First World War.

The second missing element concerns who innovates. Large multi-nationals have long held a hegemony on innovation, mainly owing to their available human and financial resources.

In contrast, SMEs or new businesses, such as start-ups, or simply people with good ideas, have tended to be excluded from Australia’s ‘innovation ecosystem’ because of their scarce resources.

Any small business person is well aware of the paucity of time, human capital, and working financial capital associated with the smaller end of town. They simply don’t have the resources to commit to speculative activities, despite often having the best and most innovative of ideas.

These failed dreams lie in the proverbial ‘valley of death’, where good ideas end up because they can’t get beyond the concept or early prototype stage.

Worse, some good ideas do get beyond the drawing board, but only because of assistance from beyond Australia. In such cases, the ‘brain drain’ is coupled with an ‘IP drain’, meaning that the Australian economy largely misses out.

Efforts by successive governments to kickstart an Australian innovation miracle have been laudable, at least in their intent.

Yet, the rhetoric about poor innovation performance (based on OECD measures) has not changed in thirty years, and governments have tended towards throwing money at the problem rather than to address systemic issues with Australia’s national innovation system.

A culture of accountability and inherent risk aversion (often masquerading as ‘good governance’) often means that government resources are directed towards traditional research providers, which then pair with larger companies, all of which can sometimes have the effect of subsidising research that would have been carried out in any case.

Our research in 2019 showed that the number of new innovation hubs springing up around Australia grew at around 50 per cent year on year. At the same time, government initiatives, across the three levels of government in Australia, has created a bewildering array of opportunities.

But, and here is the rub, how can a time and network-poor startup find their way into this bewildering and complex innovation ecosystem, much of which favours established players in the broader innovation space?

The question then becomes: what sort of assistance to smaller organisations or individuals with good ideas really need?

We identified a number of jurisdictions around the world that do manage to meaningfully engage startups and SMEs. These examples range from Finland to Scotland, the Czech Republic and England.

Concierge services – organisations that provide brokering services with ‘boundary-spanning’ capabilities – deliberately provide a one-stop-shop for innovators with nascent ideas. The needs of those with promising business ideas are identified, and they are matched with the best organisations able to help them.

The Scottish example (Interface) reports a return of hundreds of millions of pounds of advantage to the Scottish economy per year.

from the NSW Innovation and Productivity Council highlights some of these services we identified in our research for them. The NSW government is taking baby-steps towards the establishment of a concierge service for small and start-up businesses.

But, and it is crucial ‘but’, the initiative needs to last longer than an election cycle, or a ministerial brain fart.

This initiative, to be successful in the long term and contribute to changing Australia’s innovation culture, needs to be sustained for a decade in order to demonstrate its effectiveness.

Creating a culture of innovation is not rocket science (although it may as well be). Successful examples abound, but thus far the money has gone to shiny MNCs and Go8 universities, instead of where it is really needed – in mechanisms, funded over a consistently long period, detached from political cycles.

Overall, what Australia needs is a well-funded concierge service level within the national innovation ecosystem.

These organisations could be at regional, state or national levels. At the end of the day, innovation is about linking people with people, via people.