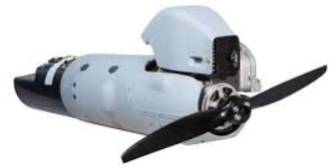 The Perth company has been designated primary supplier for two engines designed by Boeing subsidiary, Insitu.

One of the engines is currently in production (pictured) and the second is under development.

Previously Orbital UAV was one of a number of suppliers for the production model, with the agreement likely to lead to increasing production numbers

The engines will be supplied from Orbital’s new facility at Hood River, Oregon and provides the company with incentive to invest further in the plant.

As primary supplier Insitu will offer Orbital the opportunity to fulfil all demand for the engines, only approaching others subsequently to assist if needed.

Orbital UAV managing director Todd Adler said the company had been following a growth strategy within the UAV industry for the past two years.

Adler said: “This opportunity is a result of the progress we have already made and a demonstration of Orbital UAV’s ability to deliver superior quality in our field.

“The MoU represents further confidence in our capability as both a leading manufacturer and designer of the world’s best propulsion solutions for tactical UAVs.”