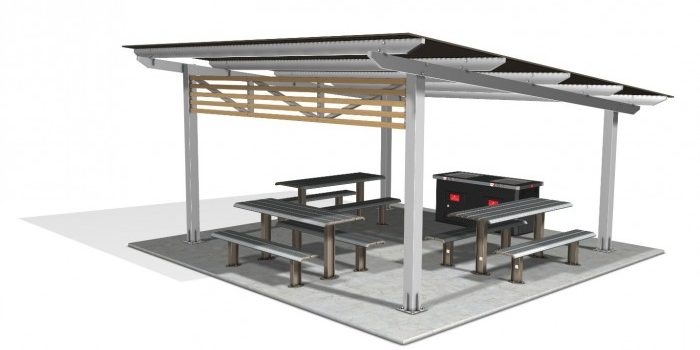 Outdoor recreation infrastructure company Grillex has officially opened a new headquarters in Bundaberg’s Kensington industrial area, and plans to expand by another 25 per cent over the next five years.

Grillex was established in 2006 as Unisite and manufactures products such as furniture, bike parking, barbecues, fountains and shelters (pictured) for parks.

Around 30 jobs were created during construction of the new $3 million site, near the Bundaberg regional airport. Another 15 new roles are expected to be created as the company grows in coming years.

“We’re expecting to grow 25 per cent in the next five years, so designing the facility around modern principles like lean manufacturing is really going to boost our global competitiveness and help us target new international markets,” he said.

“In addition to targeting domestic growth opportunities with council parks and resorts, we will continue to build on our current export markets of New Zealand, Fiji and Dubai, as well as expanding into Europe.”

Grillex was supported by a grant through the Queensland government Jobs and Regional Growth Fund, announced early last year. Treasurer Cameron Dick said the support sped up the expansion by two years.