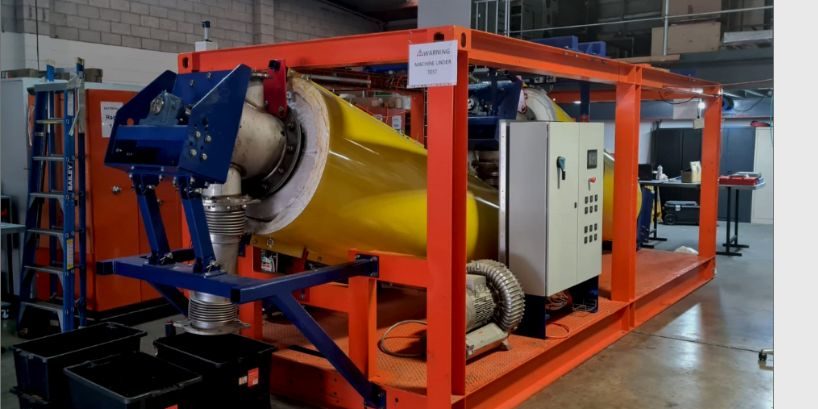 Patriot will supply two P2H hydrogen units (pictured), each with a capacity to produce one tonne of hydrogen a day at a cost of $4.8 million.

The P2H units convert waste and biomass using pyrolysis to produce hydrogen and biochar, which can be used for industrial or agricultural applications.

Patriot Hydrogen is fully owned by investment company Liberty Energy Capital which has invested in a number of hydrogen, biomass and renewable energy companies.

Patriot is soon to be 80 per cent owned by Prominence Energy subject to approval by Prominence shareholders and due diligence by the company.

Patriot’s modular hydrogen units are scalable and can operate on multiple feedstocks, as well as capable of being moved to different locations.

The company has followed a strategy of enabling decentralised hydrogen production such as supplying large vehicles, buses, trains and cars.

Port Anthony Renewables has a history in port stevedoring services and facilities, as well as experience in gas and mining sectors.