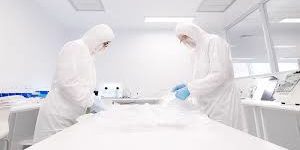 The fast-growing company — which aims to create over 700 engineering and manufacturing jobs and more than $1 billion in export revenue in the next five years — was joined by Victorian government ministers Martin Pakula and Jaala Pulford for the event.

The second cleanroom at the Box Hill site follows the opening of their first a couple of years ago, said CEO Stuart Elliott. Both are ISO Class 7 certified, and clients include Scinogy and TOMI Environmental Solutions.

“The cleanroom is also hugely valuable to our clients – both Australian and international – allowing PI to become somewhat of a one-stop-shop for manufacturing regulated medical instruments and associated consumables,” said Elliott in a statement.

“Planet Innovation is a brilliant local medtech manufacturing company doing incredible work that has real impact on the lives of Victorians and people around the world,” added Pulford.

PI announced a completed raise of nearly $10 million last December to support its continued expansion, at the same time reporting about 100 new hires over 2020 and FY20 revenues of $66.4 million, up 28 per cent, and EBITDA up 56 per cent to $10.9 million.