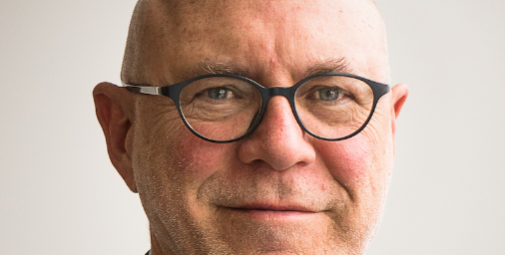 Emeritus Professor Roy Green says Australia must rise to the challenge of managing its transition to a more dynamic, knowledge-based economy. Here Green argues that to do this, we must reverse the benign neglect of our research and higher education sectors.

What a bleak finding it was for policy-makers that Australia’s mining boom “sugar hit” masked a structural deterioration in the productivity performance of our economy.

This reflected not just the impact of the high dollar on the competitiveness of our non-mining exports, but also a failure to keep pace with the rest of the world in technological change and innovation.

Now that the Covid-19 crisis has exposed our vulnerability to external shocks, we can begin to address the cost of slipping down the Harvard Growth Lab Atlas of economic complexity, which measures the diversity and research-intensity of a country’s exports.

There is no longer any escape from the challenge of managing Australia’s transition to a more dynamic, knowledge-based economy.

Except that we must now face a potentially even bleaker finding, which bears a remarkable similarity to the mining boom. In recent years, the growing reliance of our universities on international student revenues to underwrite the costs not only of domestic teaching but also research has likewise masked an unsustainable business model.

Covid restrictions exposed this further vulnerability as revenues collapsed, with little likelihood of return to their previous levels.

The Australian university business model was seemingly robust, at least while it lasted. And it was a convenient one for governments, which took the opportunity to reduce Commonwealth support per student, such that public funding has declined as a share of total university income to around 30 per cent.

Few other countries would so readily concede a record of benign neglect.

While universities were able to thrive on their entrepreneurial efforts in the global education “market”, they could devote more resources to research, which consequently boosted rankings and attracted even more overseas students.

Again, this was convenient for governments as they presided over falling business and government expenditure on R&D, which at 1.79 per cent of GDP lags the OECD average of 2.4 per cent, with some countries well over three per cent. 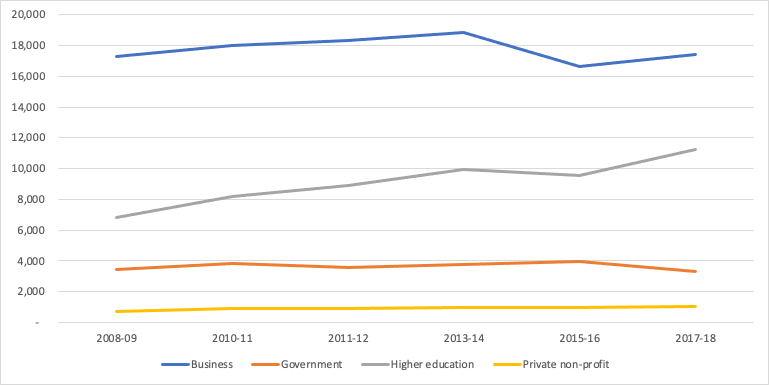 Essentially, universities were encouraged to do the heavy lifting, with research investment increasing over the past seven years from $8.2bn to $11.2bn.

Not only did the Commonwealth contribution decline over this period, but its own investment in bodies such as CSIRO was cut from $3.8bn to $3.3bn.

Clearly, the problem we now face is not just a broken business model, or even market failure. It’s a massive “system failure” that calls for a new approach.

As well as committing significant public resources, most successful economies divide their national research endeavour into two separate but related streams of funded activity. The first we might describe as “blue sky” research which, by contrast with our current approach in Australia, is structured as “mission-led” investment rather than simply investigator-led applications within arguably meaningless research priorities.

This approach is best exemplified by the US Defense Advanced Research Program Agency (DARPA), as well as in the private sector by Bell Labs and Xerox PARC which pioneered many of the technologies that are part of our everyday lives.

Influenced by the work of economist Mariana Mazzucato, the mission-led approach also guides the European Union’s research framework, and has recently been adopted by the CSIRO.

Applying this approach to Australia would mean consolidating the myriad research councils and programmes, currently spread across 13 Commonwealth portfolios and 150 separate Budget line items, under a single umbrella body like UK Research and Innovation.

This body would focus on the development of world competitive multi-university research institutes, with funding based on their ability to achieve critical mass and deliver on the missions.

The second stream of research activity is generally based on a network of collaborative industry-led innovation hubs, some well-known examples being the German Fraunhofer Institutes, UK Catapult Centres and Manufacturing USA.

These combine the resources and expertise of government, industry and universities in specialised areas such as digital transformation, as well as broader capability-building at enterprise level.

Whereas mission-led research focuses on discovery, innovation hubs are closer to the market, and can address the current mismatch between university research programs and the “industries of the future”.

In most countries, coordination is undertaken by a central delivery agency, like InnovateUK, Sweden’s Vinnova, Finland’s Tekes and Enterprise Ireland, whose priorities are set by consultative “knowledge foresight” exercises.

The world’s advanced economies are spending billions to scale up and repurpose their research and innovation systems as a key element of national industrial strategy.

If we want to provide jobs for our “job-ready” graduates, Australia cannot afford to do anything less.

Roy Green, a member of @AuManufacturing’s editorial advisory group, is an Emeritus Professor at the University of Technology Sydney and Chair of the Advanced Robotics for Manufacturing Hub.