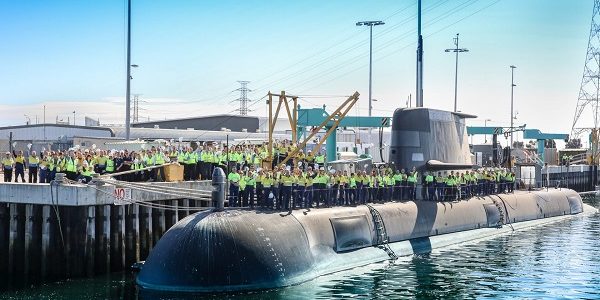 I am pleased to say that Australia might be edging towards what has always been the best choice for our next fleet of submarines – a son of Collins design substantially designed and built locally.

The new federal government maintains its support for the 18 month study that is underway into the option of buying British or American nuclear submarines.

And so they should – nuclear is the best option in many ways and it is achievable for Australia, just not in the timeframe we need to bridge a looming submarine capability gap around 2040.

But the real issue with the N-sub option is that it will necessarily be largely overseas built and incorporate overseas technologies. That means local manufacturers and local technologies will barely get a look in.

The whole purpose of the Collins as conceived by Kim Beazley was to create the capability to design and build our own submarines in future.

We could have done that only recently, but the last government, and vacillation by previous Labor administrations, severely diminished capabilities and saw established industry supply chains decay.

And a new fleet would certainly not cost $171 billion which is the starting price for the nuclear submarines we are currently looking at.

But today, as I have argued many times in the past, we should take the least costly, least risky, least provocative to China and, most useful course industrially, which is to evolve our existing Collins design.

Collins is recognised to have matured into a very good submarine, and evolving the design would give us more submarines with more Australian technology and capability development opportunities more rapidly than any other option.

We could use the time to more thoroughly plan for a transition to nuclear propulsion, should the current review suggest that is the way to go.

ASC in Adelaide, the former Australian Submarine Corporation which built the Collins, is right now preparing for the $6 billion life-of-type extension (LOTE) for all six of the RAN’s Collins Class submarines.

It has a small but established workforce, and is in a state which has been gearing itself up for maritime innovation and manufacturing as it builds the Hunter class frigates.

Importantly it does not require the huge commitment to large nuclear boats right now at a time when the future of manned submarines themselves is in flux.

The future looks like one of both manned platforms and unmanned working in a tandem, but the exact shape of that isn’t really clear.

But one thing is – a son of Collins would do the job, bring immeasurable technological and industrial benefit, fill the urgent capability gap, and not break the bank.