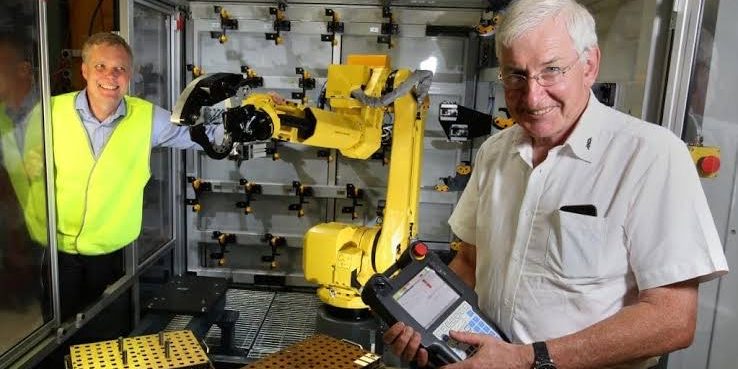 Australia and other nations are rethinking their supply chains. Brent Balinski spoke to ANCA co-founder Pat Boland about what re-localisation means to a company that exports nearly all of what it makes.

There’s a momentum here and abroad behind strengthening manufacturing as part of the pandemic response. It’s hard to witness the urgent ramping up of production for essential protective gear in this outbreak and argue against the need for at least a little more self-sufficiency at home.

It would be unusual even two months ago for the prime minister to talk in terms of “economic sovereignty,” but these are unusual times, and the acceptable level of government support for industry is being renegotiated. Federal procurement to build up industrial muscle, which would have also been unusual until recently, is on the table.

“Governments historically don’t like to pick winners. But there are pretty critical industries emerging that we can build on,” said industry minister Karen Andrews last week.

What to build on and how could divide audiences. For years, domestic manufacturers have been encouraged to grow via the world market through technical sophistication, providing niche solutions within global supply chains. Hearing that Australia “drank the free-trade juice” to regret the taste and is going to start reshoring old industries will be welcomed by some, but might cause whiplash and confusion for others.

An element of pride

“So much of the talk about manufacturing is referring sort of back to the days of manufacturing for the Australian market. And that’s really not our future,” says Pat Boland, co-founder and managing director of ANCA CNC Machines.

“Our future’s really manufacturing for a niche and selling to the global market. And some of the discussions on that, like protectionism and so on, don’t assist us at all.”

ANCA has been cited over the years as the kind of manufacturer that Australia needs more of. It produces highly-automated tool grinding machines and associated software and equipment, exporting 99 per cent of what it makes.

Its competitiveness is guided by a laser focus on solving problems for global clients, such as those in the Apple supply chain. Over a quarter of 450 staff at its Melbourne headquarters are engineers, and about a tenth of its revenues are spent on R&D. 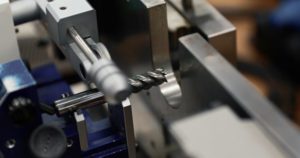 ANCA realised after the early-1980s recession that the local market was too small and fickle and that the future lay in excellence on the world stage. It opened sites in the US in 1986, England in 1988, Germany in 1991, and China in 2004, while keeping its development and machine assembly in Melbourne. It is a company that has prospered through the globalisation of manufacturing. It employs over 1,000 worldwide, with production in Thailand, Taiwan and here.

“We manufacture in Australia and that’s important to us and so on. But really, we’re a part of the world scene,” Boland tells @AuManufacturing.

“I suppose there’s an element of pride that here’s a leading Japanese cutting tool manufacturer, with a factory in Germany, using an Australian manufactured product.

Boland’s company has continued manufacturing – “with difficulty” – though the Covid-19 pandemic, though it has slowed business in China, then Europe and the US. China and Korea are starting to bounce back, says Boland.

Development work on a recently-announced hybrid additive manufacturing/grinding machine for cutting tools has continued, again with difficulty, with most of the company’s engineers working from home.

Asked of the major difficulties for growing the manufacturing sector in Australia, Boland nominates a small local supplier base due to the hollowing out of the sector in recent years, citing the company’s experiences.

“Things like bar stock [for example] If you want to buy steel bar for the manufacturing of components, it used to be you could get it figured out for every millimetre,” he offers.

“Now it’s every 15 millimetre steps. So you’re ending up having to machine away more material. It sounds trivial, but [it’s] compared to doing business in Asia, where raw material is available with very short cycle times.”

Boland does not expect any major impacts from any rollback in globalisation, at least for his company.

“Probably the area of that which is the greatest concern is inside China, with their five-year plan looking for them being less dependent on high-tech imports, like what we supply. That’s probably the biggest risk,” says.

“We’ve been operating in America for so long now, our subsidiary in America is really an American firm. I don’t feel at risk of protectionist sentiment in the US.”