Q and A with export champion, Flavourtech 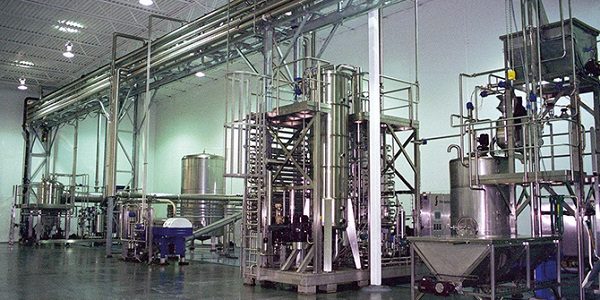 @AuManufacturing: Please tell us about the sort of year Flavourtech has had

Paul Smith: For the year the award was based on, we had a record for sales – sales are invoiced out the door. We had a record year for orders received, and a record profit year. Our staff grew more than ever, and we had the two largest orders we’ve ever received in the history of the business. We’ve been trying for ten years to sell a total coffee line; it’s a little bit of new technology, and we actually received an order from our large client in India and one in Colombia. They were among the reasons our export growth was so high, the cause of such significant sales. But they were ten years in the making.

AM: What’s in a total coffee line? Pardon my ignorance.

PS: We have a thing called a rotating disc column, there’s spinning cone columns, and there’s a whole lot of pipes and tanks and all sorts of other paraphernalia attached to it. It allows them to continuously process. At the moment the standard in the industry is batch processing. This moves them to continuous processing.

The difficult part for us has been for someone to want to take the step and to be the first. People are happy to stick with the process they’ve got, the technology they’ve got, and to change what they do is, and spending significant dollars, is a big ask for them. We’ve built a new pilot plant test facility here, three years ago, and we’ve been able to replicate on a smaller scale what that equipment would do. After a number of trials with these companies, we seem to have been able to convince them to take the plunge.

AM: You’ve been at the company for fifteen years; what can you tell me about the commitment to growing exports during that time? What does that look like?

PS: We now have more sales staff located overseas than we have in Australia. We’ve always had an office in Reading, in the UK. In the last five years we’ve put a salesman in Germany. Three years ago, one into India. Five years ago, one in Costa Rica, and we appointed a distributor in the US about the same time, as well.

Sales staff spend quite a bit of their time attending exhibitions and conferences all over the world in industry- and application-specific areas. Quite often they attend as speakers at those conferences.

AM: How do you approach entering a new market? What do you do in terms of intelligence gathering, working out which media outlets or expos to focus on, developing partnerships etcetera?

PS: We have a few agents in some of the target markets. We’ve also used the services of Austrade to help us get into those markets as well. They help us with market intelligence, to be a little bit more specific, to get us into the right trade shows or the right exhibitions as well.

We go back to some exhibitions in some places quite regularly. But we’ve also gone with some new ones and tried to open some new markets up that way.

AM: Are there any global trends that stand out for your company? How meaningful is the growing Asian middle class to this discussion?

PS: You mentioned the growing Asian middle class. A lot of our success is coming out of India and Sri Lanka, and India’s definitely got an emerging middle class. They’re demanding more upmarket products than they have had before. Our equipment is quite expensive and our customers use it to make a premium product. In some of those Asian countries there really wasn’t the demand for that premium product. But with that emerging middle class, now there is, and a business that buys our equipment can profit out of that and can differentiate themselves by having our equipment to make a premium product. India’s taken off unbelievably in the last two or three years. We sell more into India than China at the moment.

AM: What can you say about currency movements in recent years? Do these have an impact?

It’s interesting you ask that. We thought for years and years that the Australian dollar made a difference, because we sell in Aussie dollars. 99 percent of are contracts are in Aussie dollars, so our customer takes the forex risk.

But the typical sale cycle from when we first talk to a customer until they place an order is round about three and a half years. Some of them take quite a lot longer. A lot of them, when they’re buying our equipment, it’s part of a larger project as well. They might be spending millions of dollars on our equipment, but it’s part of a new factory that is a massive capital investment. A lot of them are major multinationals and they have to go to their board to get approval to spend the money. So it might miss this year’s budget and go onto next year’s. So the exchange rate doesn’t seem to make a difference. It’s more around what stage their business is at, rather than the exchange rate.

A third of our business is repeat, as well. We’ve gotten some quite substantial customers that have grown their business, and, as the business grows, they come back to us to buy more equipment off us.

AM: How has your flagship technology, the spinning cone column, changed over the years?

PS: The spinning cone column was developed by CSIRO back in the 80s. It was a fully manual process. When you wanted to do something, someone walked over, put their hand on the valve and turned the valve. And when you wanted to clean it, you had to pull it to pieces and clean it.

Now, it’s a fully automated process and we have a thing called clean-in-place, as well. You can push a button and hygienically clean the whole system, without having to pull it to pieces and maintain it. The really big change has been the way we’ve been able to automate everything. Some of the technology that’s come along in the last thirty years has helped us do that, as well. It saves an operator time. They push a button, we write the software, and the product will do exactly what they need to do from a fully-automated control panel.

AM: You mentioned Austrade earlier. Are there any other government programs that you can say have been beneficial? NSW government export advisers, for example?

PS: We have used Austrade again. We had an Export Market Development Grant, a few years ago. We’ve also gotten part qualification funding from the Smart and Skilled New South Wales government program. So, we did some lean manufacturing training for the entire business in the last 12 – 18 months, which has been quite useful to us when we have received a huge influx of orders. It’s made us focus on working smarter and becoming more efficient. And that’s off the back of a little bit of government funding and talking to the right people to point you in the right direction, as well.

PS: The one thing I would like to add is we could go and manufacture more cheaply overseas. There’s no reason for us to manufacture in Australia, because the labor costs are higher. But it’s a privately owned business, the owners are local and they’re quite proud of employing local people and supporting local families in our regional area. And having our facility in our little country town is really important to them.

(This interview has been lightly edited for clarity.)