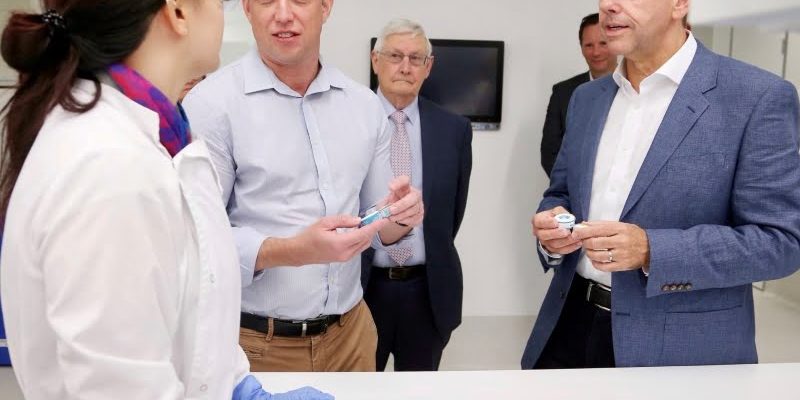 A new vaccine manufacturing facility could be built in Brisbane next year after the Queensland government committed to investing up to $20 million into a “bench to bedside” medical innovation organisation eying a manufacturing and testing expansion in Brisbane.

The state funding would be provided to the Translational Research Institute within the guidelines of the federal government’s Modern Manufacturing Initiative, which is currently considering matching the funding and expected to make a decision soon.

Established in 2013 with funding from universities, and the state and federal governments, the Translational Research Institute (TRI) is Australia’s first medical research translation institute.

TRI is planning to build a Translational Manufacturing Institute, known as [email protected], that would help researchers and startups develop, commercialise and manufacture medical treatments.

With enough state and federal support the facility could be delivered within 18 months and would be Australia’s first biomedical scale up facility, according to the organisation.

The Queensland government has stepped up first, tipping in up to $20 million from a new $350 million Industry Partnership Program which, along with existing industry support programs, has been rolled into a $1.84 billion Queensland Jobs Fund.

“My government will provide up to $20 million to expand the existing TRI to include a new state-of-the-art Translational Manufacturing Institute called ‘[email protected]’,” Premier Annastacia Palaszczuk said on Tuesday.

“This will accelerate development of one of the State’s most important health-research precincts and ramp up Australia’s capacity to develop our biomedical industry and manufacture vaccines. It will also support an estimated 500 jobs over 10 years.”

Researchers from the organisations work at the TRI, which is also home to commercial spinouts Vaxxas and Microba.

Australia has historically struggled to provide the manufacturing capabilities for biomedical products, which has seem many home grown innovations head overseas to be fully realised.

“Australia is missing the ability to manufacture new products in the quantities required to undertake pivotal clinical trials to prove the safety and effectiveness of novel therapies,” TRI CEO Professor Scott Bell said.

“Until now, this lack of specialised facilities and expertise has forced our innovators to go overseas, resulting in the loss of jobs in manufacturing and clinical trials, and reduced ownership of the IP.

“The establishment of the Translational Manufacturing Institute at TRI will support start-ups and translational researchers to advance their commercialisation and hopefully keep them in Brisbane.  It will also help realise economic and export opportunities for the broader community.”

The state government has set a goal of making Queensland a globally competitive Asia-Pacific biomedical hub by 2027.

“I want Queensland to lead the country in vaccine research, development, and manufacturing, and I’ve been talking to leading biomedical experts about how to do this,” Queensland Deputy Premier Steven Miles said.

“[email protected] was one of their strong recommendations. We want to keep growing the state’s biomedical sector, which already employs more than 10,000 people across more than 1200 companies.”

The state government said the Jobs Fund will create more than 2,800 jobs across Queensland.