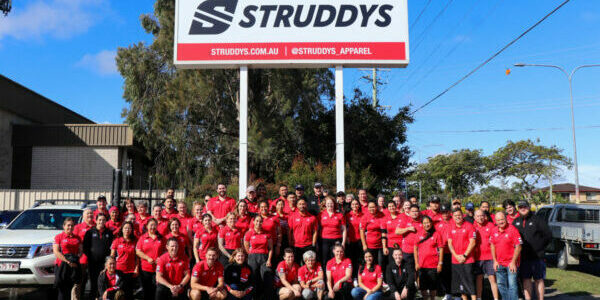 Uniform manufacturer Struddys has become a preferred supplier to the Queensland government as the apparel company aims to nearly double headcount within five years.

Struddys was established in 1975 and makes sports, school and corporate uniforms. It employs almost 100 and hoped to grow this to between 150 to 200 within four to five years, said General Manager Michael Rasmussen.

“Being able to supply to the Queensland Government opens so many doors for us and being on the preferred supplier list also shows the public we are a reputable, reliable, quality supplier that’s doing its best for Queenslanders,” added Rasmussen.

According to state procurement minister Mick de Brenni, the Queensland government had cut red tape for Struddys and other manufacturers through its “Buy Queensland” procurement approach.

“I’m proud to see another iconic local company, now able to put Queensland’s frontline workers in Queensland-made garments. And [on] the runway to Brisbane 2032 we want the eyes of the world to see Queenslanders wearing Queensland made,” said de Brenni.

“Struddys is a Queensland born company that each year is manufacturing for thousands of Australia’s best sporting teams.”