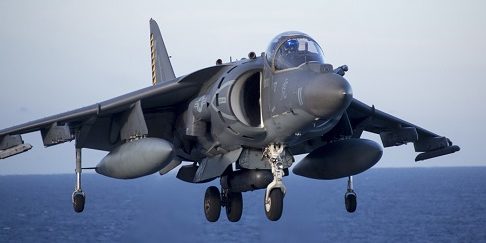 Sydney-based Quickstep produced the parts for the vertical short takeoff and landing (V/STOL) aircraft on short notice under a contract with Boeing Global Services.

Originally built by McDonnell Douglas, the Harrier II is a single-engine ground-attack aircraft serving with the US Marines and the armed forces of Spain.

Harrier production ceased in 2003, and the parts could not be sourced from domestic manufacturers in the United States, according to a statement from Boeing.

Once supplied the parts allowed a number of grounded aircraft to resume flying.

Quickstep makes composite components for the medical, defence and commercial aerospace sectors at its 16,000sqm composite manufacturing plant at Bankstown Airport in Sydney.

Ironically the Bankstown plant was previously a Boeing Australia facility which was sold when the company rationalised its production facilities, concentrating operations in Melbourne.

“This collaboration between Boeing and Quickstep shows Australian industry’s great potential to find innovative solutions for our global customers.

“Stand-alone contracts like these also help grow the capability and size of our Australian industry.”

Quickstep was initially engaged by Boeing’s Office of Australian Industry Capability which works with Australian SMEs.

“We’re proud to step up and work with Boeing as well as support the operational needs of one of Australia’s closest allies.

“We look forward to continuing to grow our relationship with Boeing and demonstrating our capability to deliver high-quality composite solutions across its defence business.”

Quickstep has a number of contracts to provide components for aircraft such as the F-35 Lightning joint strike fighter and the C-130J Hercules tactical airlifter.