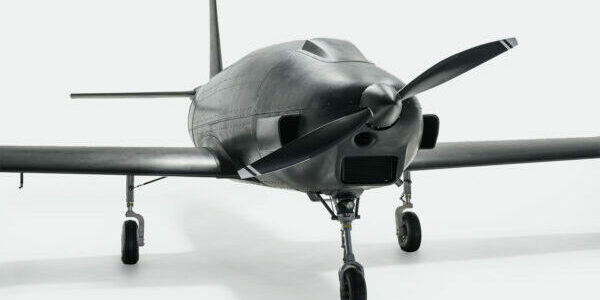 Composites specialist Quickstep Holdings and Bulgarian cargo drone company Dronamics have announced a partnership, with the Australian company to provide engineering and manufacturing services for an aircraft expected to be delivered next year.

The pair made the MoU announcement at the English defence and aviation trade event, Farnborough International Airshow, on Monday (local time.)

Quickstep said that detailed commercial negotiations were underway. These are expected to lead to “binding agreements for Phase 1 (Prototype) by October 31” this year, delivery of a first aircraft next year, and, hopefully, “progressively increased aircraft production over the next four years.”

According to its website, Dronamics plans to begin offering uncrewed craft for same-day delivery of goods anywhere in Europe from next year, able to transport up to 350 kilograms of cargo up to 2,500 kilometres per trip. Black Swan is described as a fixed-wing plane able to launch from unpaved runways as short as 400 metres.

“We are delighted to be taking their Black Swan aircraft from prototype to production,” said Quickstep’s CEO Mark Burgess.

“The Dronamics solution could well revolutionise the middle-mile cargo delivery sector and this partnership gives Quickstep the opportunity to provide our engineering and manufacturing expertise into delivering a large sophisticated cargo drone.  This is also a great opportunity to advance the Australian aerospace sector, something we are very passionate about.”

The news follows Quickstep’s announcement in October last year that it had been contracted by another UAV logistics company, Swoop Aero, for engineering and manufacturing services, as well as an initial production run of ship sets.