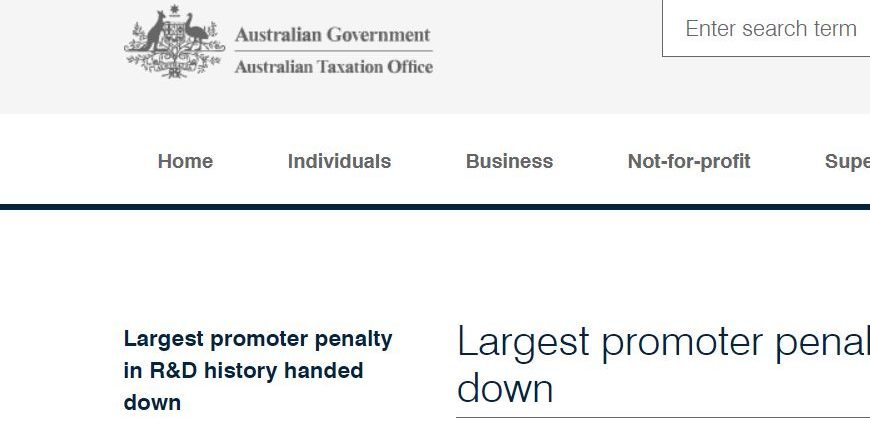 The Federal Court has handed down a massive penalty against a research and development tax adviser who lodged overstated and unsubstantiated claims on behalf of clients.

Thhe Australian Taxation Office revealed that judgement had been made against Paul Enzo Bogiatto who was ordered to pay $22.68 million in penalties.

According to the ATO between 2012 and 2015 Bogiatto operated as a Research and Development Tax Incentive (R&DTI) adviser for a range of businesses in his capacity as a registered tax agent and chartered accountant.

Investigations into Bogiatto’s activities began in late 2015 and uncovered his promotion of arrangements for his clients to lodge overstated and unsubstantiated R&DTI claims, the ATO said.

“Evidence gathered in relation to Lambda Chase’s activities indicated systematic abuse of the R&DTI, with claims that were not reflective of taxpayers’ actual R&D expenditure for the relevant years.

Mr Bogiatto avoided regulators when investigated and never looked to redress any amount of loss or damage incurred by scheme participants.”

The ATO said the outcome reflected the scale of Bogiatto’s scheme, which had a devastating impact on the individuals and businesses that followed his advice and trusted him.

Assistant Commissioner Ash Khera said: “The size of the penalty is the highest ever seen in Australia and reflects the scale and abusive nature of these schemes.

“We want to protect individuals and businesses from being unwittingly caught up in schemes like this one. Those who encourage others to do the wrong thing and claim the incentive to which they are not entitled will be caught and held to account for their actions.”

This decision builds on several previous successful results under promoter penalty laws that are designed to ensure that promoters are held accountable when they encourage their clients to enter into risky tax schemes.

Khera said: “We have the tax technical and investigative skills to deal with those who promote non-compliance with the tax and superannuation system.”

As a result of these investigations, Bogiatto was also investigated and de-registered as a tax agent in October 2017, as well as forfeiting his membership of the Institute of Public Accountants.

He had his CA membership terminated and his name removed from the Registers in 2018.