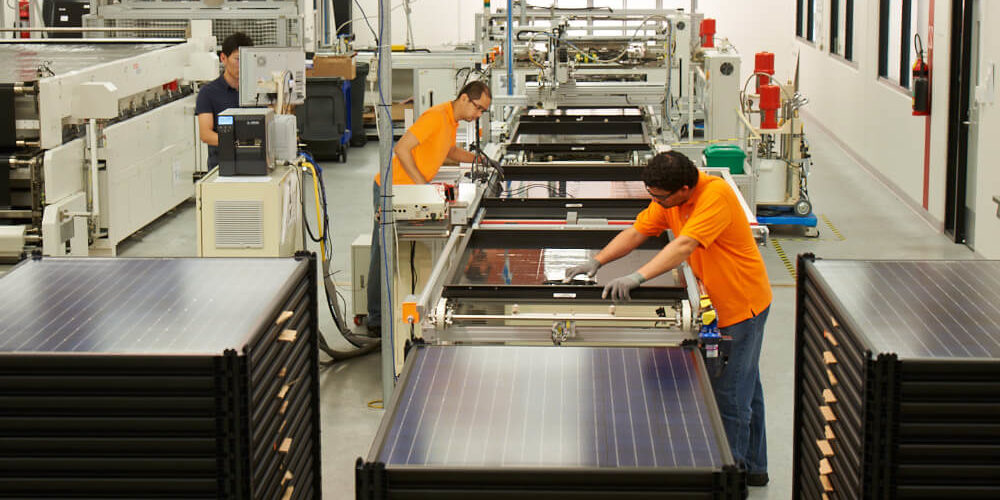 Yesterday Shane West outlined the massive challenge facing Australia to reach net zero emissions by 2050, given the state of the solar PV industry post Covid. Here he maps out how to resurrect our solar PV manufacturing sector.

After the close of the Sydney Olympics in 2000, the Chinese Government turned to the then Australian citizen and UNSW PhD-trained graduate, Shi Zhengrong to build a solar PV company in Wuxi in 2001.

The company was Suntech, which by 2011 was the world’s largest and Shi was the wealthiest man in China.

The Homebush operation finally closed in 2011, even though Suntech used similar technology to the Homebush plant, Suntech had considerable advantages with production line, labour and subsides.

A further blow came when Australia further lost out with CSG Solar, a company which had been supported extensively by the NSW government to commercialise thin film Crystalline, Silicon on Glass (CSG) technology invented at the University of NSW by Professors Martin Green and Stuart Wenham.

Taken over by a German company and later by Suntech production was sited in the former East Germany where generous relocation assistance was available.

In 2001, 60 per cent of Australia’s locally produced solar cells were exported, and local production was growing. However, Chinese subsidised production that has supplied almost all of Australia solar cells since 2001 soon swamped the Australian market.

Yet despite this supply chain analysis and improved cost saving production technology may help Australia regain a foothold in local manufacturing in the future.

Australia has one small manufacturer of solar panels, Tindo Solar (pictured) in Adelaide.

A second may emerge from start-up SunDrive which has secured $8 million in funding to prototype low cost panel manufacture with the aim of producing panels locally.

The Productivity Commission is at the heart of recent Australian economic policy and they acknowledge that gross domestic product per capita growth over the past decade had fallen to its slowest pace in at least 60 years.

One would think that this realisation should have rung alarm bells for the PC that their imposed measures along with the actions of the FIRB over the past decade have not worked.

The commission’s warnings against against Protectionism in Australia are starkly at odds with the US Innovation and Competition Act – colloquially known as the “anti-China bill”.

“The legislation requires that the iron, steel and other construction materials used in federally-funded infrastructure projects be produced in the United States.

“It also directs the US Secretary of State to publish a list of all state-owned enterprises in China that have engaged in forced technology transfers or intellectual property theft.”

The US has even gone further with the American Recovery and Reinvestment Act of 2009 (ARRA) nicknamed the “Buy American” Act introduced by the Obama administration and designed to grow renewables in the US with subsidy packages.

Australia has suffered crippling sanctions imposed by our largest trading partner and source of solar panels, but there has been no similar Australian response.

Who will take on the lead role of an integrated Solar PV production plan?

Knowing that we need billions of solar PV panels, green steel and aluminium, batteries, solar thermal and hydrogen we need to plan, scale and facilitate the growth of these industries, with the three tiers of Government working together with industry to co-ordinate a transition.

Australian industry and government need to concentrate on a co-ordinated national plan as Shi Zhengrong and the Chinese Government did only 20 years ago.

Shi took an industry that was not profitable and developed it into one that was.

China took a third world country and reshaped it into a world leading economy, that is unfortunately dictating to its major trading partners.

The reality is, Australia will need to offset at least $300 Billion for the solar PV panels required for the pending energy transition.

To do this will require a rational, nationally co-ordinated local production roll out of manufacturing sites throughout the country.

Even though Australia did not capitalise on our initial pioneering work on solar manufacturing, there is the opportunity to now incorporate leading renewable technologies and AI.

Policy settings such as those adopted in India mandating local production of solar cells has seen the Indian landscape change dramatically in the last 2 years and are a good example for the Australian Government to examine to apply as policy here.

Labour cost benefits are not regarded as constraints for PV panel manufacturing in Australia as these plants are highly automated. A 500MW production capacity plant from Jinchen can operate with 15 people.

The economic benefits of local manufacturing to our balance of payments, supply chains and securing of self-sufficiency in energy supply are compelling.

We were on the right pathway 20 years ago and now need to seize the initiative again.

Shane West has been a director and consultant with Environmental Sciences Australia Pty Ltd for 30 years. Shane has been a local manufacturer of technology, and published research ranging from the heat treatment of cooling towers to the manufacture and commercialisation of sustainable daylighting and natural ventilation products such as the SkyVent. Shane has a PhD in Sustainable Technologies and Methodologies form UTS.