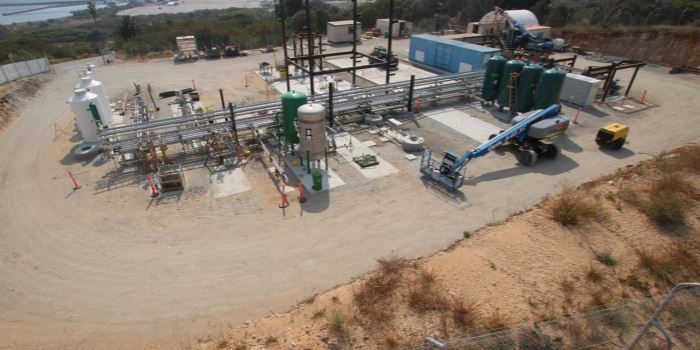 Inflation from increasing costs of materials, labour and services have forced Hazer Group to increase estimates of the likely cost of its demonstration plant to produce hydrogen from biogas in Perth.

The project at the Western Australian Water Board’s Woodman Point wastewater treatment plant was originally costed at $16.7 million and this was later raised to an estimated $22 million.

The company, which has previously reported delays due to fabrication and materials issues, now believes final costs will rise by a further $1 million to $3 million.

Hazer’s process will convert methane in waste gases into hydrogen and graphite, capturing some carbon produced in the chemical reaction, though not fully eliminating greenhouse gas emissions.

Installation of mechanical equipment packages and construction of the main structural frame were also underway.

Hazer said costs had also increased due to design changes designed to ensure safe operation of high-temperature sections of the plant.

“This reflects the first of kind nature and the technical complexity of our plant.”

Hazer said it was fully funded to complete construction and commissioning as well as ongoing engineering studies.