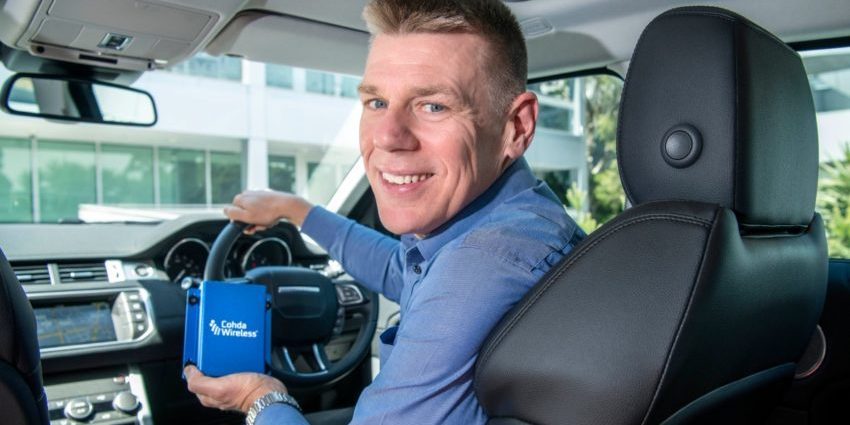 A South Australian-based V2X technology company has today begun a connected vehicle trial in Queensland which will help explore the future of co-operative intelligent transport systems.

About 500 vehicles will be fitted with Cohda Wireless’s MK5H on-board units as part of the Ipswich Connected Vehicle Pilot (ICVP).

Cohda Wireless’s V2X (vehicle to everything) technology allows autonomous and manually driven vehicles to communicate with each other, roadside infrastructure and pedestrians through real-time information.

This enables vehicles to locate other vehicles around corners, even in spots where traditional GPS is not accurate.

“Cohda’s V2X technology will work in symphony with independent roadside infrastructure technology as well as the human-machine interfaces that have been fitted to vehicles to supply warnings to drivers,” he said.

Gray said the trial was expected to showcase a range of technologies, which could contribute to future cooperative intelligent transport systems.

“Besides the scale of the trial, there is versatility of the technology involved in that it encompasses both cellular and DSRC V2X technology as well real-time kinematic vehicle positioning,” he said.

“The trial is very comprehensive from a technical perspective, reflecting the most contemporary approach possible, including cellular, HMI, cyber security, RTK location enhancement with data management in the cloud.

“The trial is also fully compliant from a cyber security perspective with data managed in the cloud in accordance with the relevant safety standards.”

South-east Queensland vehicles involved in the trial, which is expected to run for 14 months, have a small dash-mounted screen, an external antenna and Cohda’s on-board unit fitted.

The trial aims to examine whether the V2X information assists drivers to make better decisions, such as stopping in time for upcoming red lights.

“The technology allows participating connected vehicles to ‘talk’ to roadside infrastructure and road operation systems. This provides drivers with safety-related warnings about their local driving environment,” he said.

“For example, a driver could be given early advice of upcoming roadworks, or that they are approaching the back of a motorway queue.”

The trial is the latest in a string of announcements from the Adelaide-headquartered company, with its technology being used in cities across Europe.

In August, the German city of Ludwigsburg teamed up with Cohda Wireless to equip its fire trucks and rescue service teams with the V2X technology in a bid to get to emergencies quicker.

Cohda Wireless said all traffic lights and intersections in Ludwigsburg were fitted with Cohda MK5 road-side units, which corresponded with the MK5 on-board units fitted in fire trucks and rescue vehicles. This allowed the emergency vehicles to exchange information directly with other approaching vehicles.

“V2X technology improves safety on our roads and is usually applied to help reduce injury and death. This initiative demonstrates the versatility of the technology,” Gray said.

“In this instance, it is being applied to support emergency services in responding to incidents and accidents that have already happened, thereby also saving lives.”

Cohda Wireless’s technology has also been applied in Estonia and Finland through hardware and software features in smart pedestrian crosswalks which alerted pedestrians and other road-users to danger.