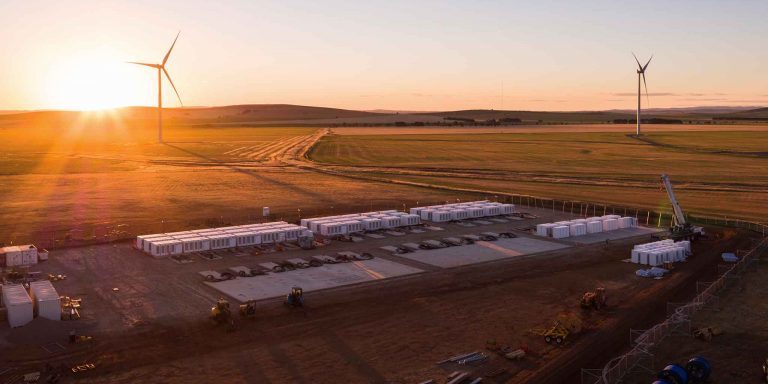 The original big battery supporting renewable energy at Hornsdale in South Australia has completed its expansion.

Owned by Neoen, the battery has expanded by 50 MW and now boasts 150 MW and 193.5 MW/h of capacity, according to a report by the Australian Renewable Energy Agency (ARENA).

The battery was mocked by some at its inauguration but has proved a boon to South Australia and led to a spate of big batteries being constructed here and overseas.

The battery’s operation has proven their performance stabilising the electricity grid and reducing the risk of blackouts.

Research by engineering consultants Aurecon showed the battery has already delivered $150 million in savings for SA energy consumers, as well as creating 158 jobs and more than $300 million in economic benefits for the state.

Neoen said the $71 million expansion was made possible through the support of project partners Tesla, the South Australian Government, ARENA and the Clean Energy Finance Corporation (CEFC).

Neoen’s CEO and chair Xavier Barbaro said: “Neoen’s Hornsdale Power Reserve remains a beacon of global innovation and collaboration, and we will continue to build on this experience to deliver new world-leading projects that integrate renewable energy and storage for the benefit of industry and consumers.”