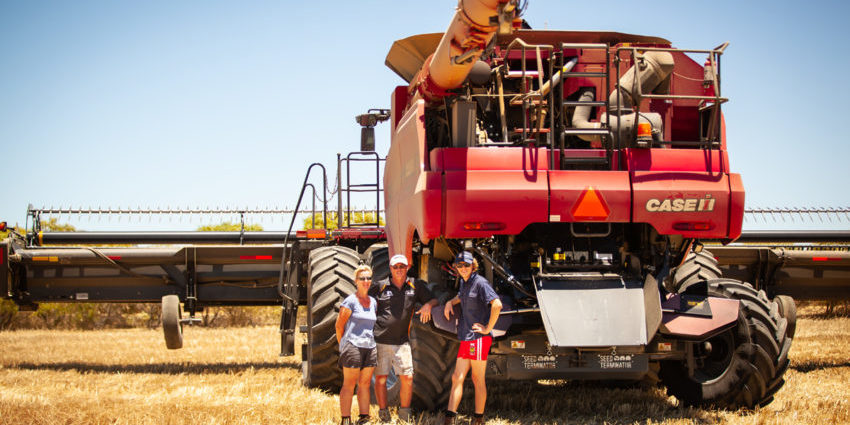 Manufacturing of a machine that pulverises weed seeds as grain crops are harvested is ramping up to a full commercial launch.

Adelaide-based company Seed Terminator will produce 100 of its machines ahead of this year’s Australian grain harvest, which begins in October.

It is the fourth year of production following the release of nine pilot units in 2016, a further 23 in 2017 and 50 last year, which have resulted in 121 full field trials on a range of crop types in major grain growing regions in Western Australia, South Australia, New South Wales and Victoria.

One machine was also trialled in Canada last year.

Invented in South Australia, the Seed Terminator can be retrofitted to new and used John Deere, CASE IH, Massey Ferguson, Claas and New Holland Class 7, 8, 9 and 10 harvesters and retails for about A$115,000.

The Seed Terminator uses a multi-stage hammer mill to pulverise weed seeds, spreading the sawdust-like debris behind the header. Tests by the University of Adelaide’s Weed Science Research Group have shown a 96 to 100 per cent kill of rye grass seeds using the machine. 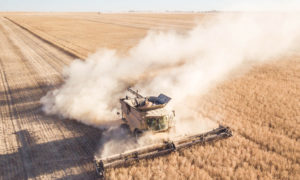 Ashenden said the product, which has undergone design improvements after every season so far, was ready for full commercial production.

He said the latest round of upgrades for the 2019 model included further improvements to wear and power draw and the addition of a  “Turn On Turn Off” system for John Deere models.

“We think this year is our first true commercial release after three years of trials with a growing number of partners,” Ashenden said.

“We’re designing a manufacturing plan around making 100 units this year and of that about 10 will be for export, 10 purely for research purposes and 80 for domestic sales in Australia.

“We’ve also now engaged multiple dealers of all different brands across Australia and the information they are feeding back to us is brilliant.”

The “one-pass solution” spreads the nutrient-rich pulverised weed seed debris 10 to 12 metres behind the harvester to act as a fine mulch for soil improvement. It also reduces the need for herbicides and labour intensive burn-offs to keep weeds at bay after harvest. Testing has been focussed on rye grass seeds because of their minuscule size and the fact they are notoriously difficult to kill.

Seed Terminator has at least doubled its production every year, beginning with nine units in 2016 and is working with four manufacturers in South Australia and one in Western Australia to establish a modular manufacturing platform to enable continued growth.

Ashenden said all of the 81 users had been happy with the performance of the Seed Terminator and its ability to reduce weeds.

“I guess we measure satisfaction from the people who are still with us and everyone is still with us,” he said.

“We want to make a portion for stock this year and then we can work at reducing the time from order to completion to get it down to 4-6 weeks and that’s going to be a massive step forward for us.

“Last year was about developing the capability of making 100 but stopping at 50. This year it’s about proving we can make 100 and working out with those modular systems how quickly we can deliver.”

Up to 10 Seed Terminator units will be sent to North America next month to be trialled in Saskatchewan and Washington State during the next harvest, which will begin in July or August.

“Australia produces about 4-5 per cent of the world’s grain and we think there’s a possibility of about a 10 per cent market share in Australia so that’s about 300 a year,” Ashenden said.