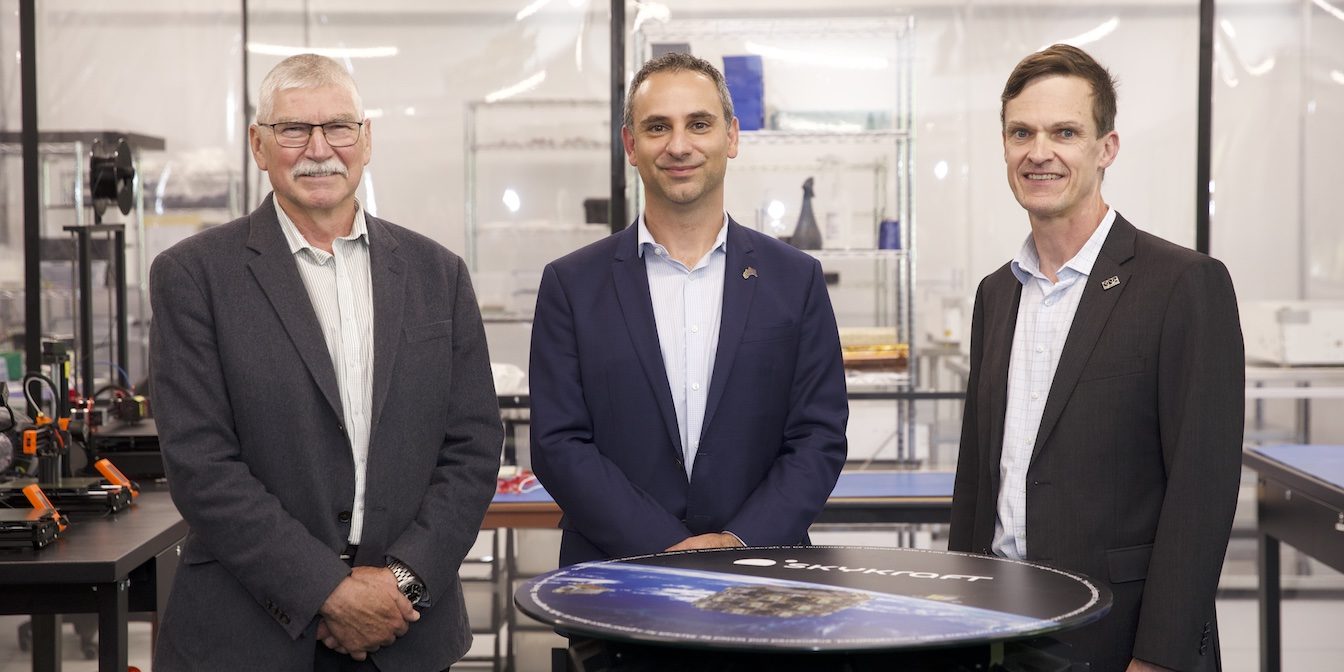 Skykraft has officially opened its new manufacturing facility in the centre of Canberra at the UNSW Canberra City campus.

The new facility is enabling the development of the largest ever Australian manufactured space payload, weighing 300kg, which is confirmed for launch this year with SpaceX from Florida.

The new facility plans to have produced five satellites by 30 June 2022 and a further twelve satellites to be manufactured in the second half of 2022.

Skykraft, is an Australian company that delivers services from space, focusing on the development and deployment of a space-based Air Traffic Management (ATM) service.

The new Canberra manufacturing facility will produce the more than 200 satellites that will form the constellation providing the ATM services, with the operating constellation launched during 2023.

The upcoming launch with SpaceX will be a proof of concept for the deployment of Skykraft’s ATM services.

Space-based ATM addresses the gaps in surveillance and communications for aircraft travelling across regions that are not covered by existing systems, such as oceanic or remote areas, according to Skykraft’s chairman, Air Vice Marshal (retired) Mark Skidmore.

“Our satellite constellation will be a world-first, proudly out of Australia.”

The manufacturing facility was officially opened by the Head of the Australian Space Agency, Enrico Palermo, who said it highlighted the rapid growth of the local space sector.

Palermo said: “This facility further emphasises the great momentum that’s been fostered since the establishment of the Australian Space Agency and why space is one of six priorities under the Australian Government’s Modern Manufacturing Strategy.

“When our space sector grows it not only creates opportunities within those space businesses but across a range of industries, which means jobs with all different skillsets.”