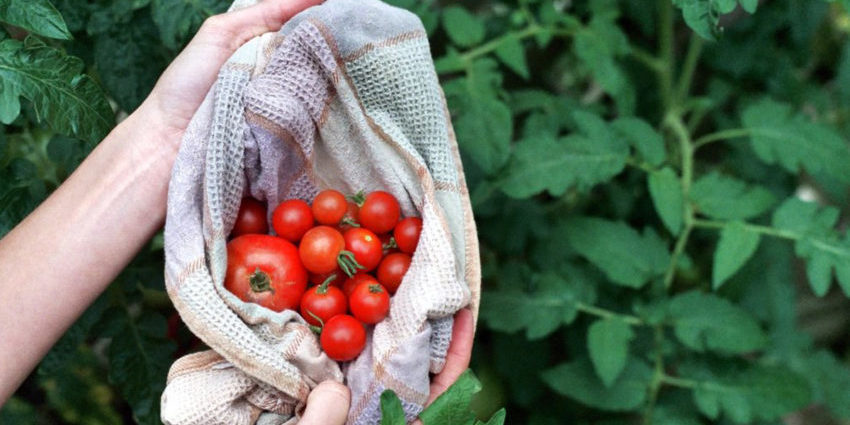 The 12-month trial is also looking at how the compost can improve soil quality long term, with Peats Soils managing director Peter Wadewitz saying it is important to start in the field.

“We believe it will lead to a longer shelf life and also with the talk around nutrient density we want to make sure we’re getting the right nutrients out of plants,” Wadewitz said.

“We’ve been doing some trials and seeing the difference in colour and health (in vegetables) … it’s the start of why we have gone down this road, we saw the results.”

The new smart compost could eventually be sold to the horticulture industry with Peats Soil and Garden Supplies working toward its vision to be a world leader in sustainable and innovative organics recycling.

Willunga-based Peats Soil believes if the approach is adopted across the industry the amount of food and organic waste being made into compost would grow by more than 200,000 tonnes per year.

It is one of 21 projects now underway through the national $120 million CRC based at the Waite Research Institute in Adelaide’s southern suburbs.

The Waite campus has the largest concentration of research expertise in the Southern Hemisphere in plant, food and agricultural sciences and hosts nationally significant research organisations including CSIRO, Australian Grain Technologies and the Australian Plant Phenomics Facility.

The CRC was established for 10 years with Federal Government, industry and in-kind funding raised by 60 participants.

Its goal is to slash the 40 per cent of food being wasted in Australia each year, with the CRC claiming increased industry profitability and reduced food insecurity could save the country $20 billion per annum.

The CRC this month released its 10-year strategic plan announcing a focus on working toward the Australian Government’s aim to halve food waste by 2030.

Its target, according to the strategic plan, would require a minimum reduction in food waste of 149 kg per person by 2030.

Peats Soil is running its project with the Australian Organic Recycling Association and Wadewitz believes it will close the loop in compost improving crops and also the soil.

“I’m very upbeat about this, we’ve seen the result in crops but we don’t know just how we’ve done that,” he said.

This project is about analysing and proving the results.

It is expected to lead to a prototype high-value compost product – likely to be sold to horticulture and turf farmers – that would increase the use of household food waste by Peats Soil by an estimated 50,000 tonnes a year.

It hoped its new project would also lead to the new smart compost replacing a significant portion of mineral fertilisers used on farms.

Blending smart compost granules with additional nitrogen and phosphorus, and potentially other plant nutrients, could tailor nutrients to crops’ needs.

In turn, returning nutrients and energy of food and organic wastes back into the production of food crops would help growers move away from conventional inorganic fertilisers.

Some of the other projects now underway through the CRC include a meat production company working toward being fully circular through producing zero waste and others working on ways to encourage households to reduce food waste.