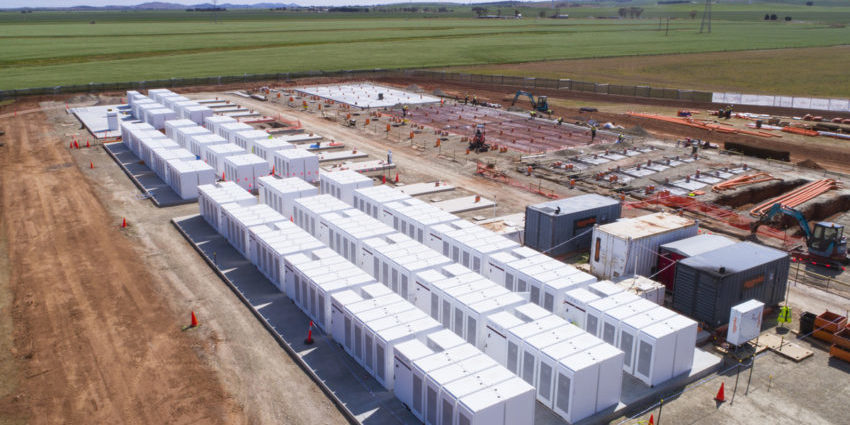 Renewable energy company Neoen is expanding its 100MW/129MWh Hornsdale Power Reserve in South Australia, strengthening its position as the largest utility scale battery in the world.

The expansion was foreshadowed in @AuManufacturing news yesterday.

The capacity increase follows a $A15 million grant from the South Australian Government over five years and $8 million in funding from the Australian Renewable Energy Agency (ARENA) through its Advancing Renewables Program. It is also the first battery project in Australia to benefit from debt financing support from the Clean Energy Finance Corporation.

The expanded site, about 200km north of Adelaide, South Australia will be the first grid-scale battery in Australia to provide inertia benefits to the National Electricity Market facilitating the transition towards a high-penetration renewable grid.

The delivery of additional Tesla Powerpacks strengthens Neoen’s Hornsdale Power Reserve’s position as the largest battery in the world. 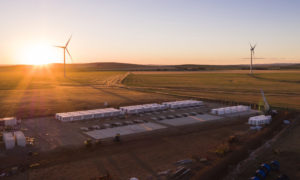 “The expansion of Hornsdale Power Reserve is demonstrating the critical and multiple roles that batteries will play in the grid of the future,” he said.

“Neoen will continue to champion this movement to deliver cheaper, cleaner and more reliable energy for the years to come.”

“Along with providing essential services to the South Australian grid, this will help to inform changes to our rules and regulations to value these new services and help other batteries enter the market on a commercial basis,” he said.

“We hope this project will not only demonstrate the versatility of batteries in providing a range of grid services but also help pave the way for market reform.”

The expansion will be a world-leading demonstration of how battery storage can provide inertia, protecting the security of the grid by keeping frequency consistent.

Providing inertia from large batteries is a demonstration of global significance and is in addition to the Big Battery’s existing role as a “shock absorber” during disturbances. It is also the first project to receive financing from the South Australian Government’s Grid Scale Storage Fund, which is designed to accelerate the deployment of new storage projects in South Australia that can address the intermittency of the state’s electricity supply.

South Australian Minister for Energy and Mining Dan van Holst Pellekaan said the expansion of the battery was expected to lead to significant savings.

“We want South Australians to have cheaper and cleaner power, and renewable energy must be paired with storage to provide electricity to households and businesses when they need it,” he said.

“The expansion will enable a much faster and bigger response to system disturbances, so the Big Battery can help stabilise the grid and store even more power for peak demand.”

South Australia already leads the nation in the uptake of wind energy and rooftop solar with renewable sources accounting for more than 50 per cent of the electricity generated in the state.

One third of South Australian homes have rooftop solar, which, when added to the state’s 22 major wind farms and three large scale solar PV producers, often supply more than 100 per cent of the state’s daytime demand.