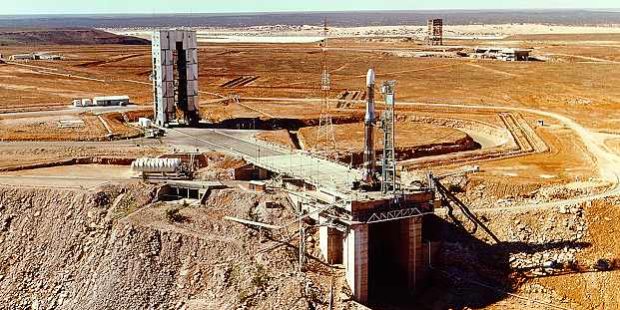 An Australian space industry, the second in our history, is rapidly taking shape with government research, rocket and satellite manufacturers and potential end use markets ranging from Earth sensing to internet of things (IoT) communications falling into place.

Only a month ago @AuManufacturing reported the successful launch into space on a US commercial rocket of two IoT micro satellites made by Fleet Space Technologies.

The company has since had its third, larger Centauri satellite placed in orbit where it will test the potential for global industry communication via the company’s South Australian ground station.

Myriota is developing a fight date recorder under federal government contract and has raised $19.4 million to develop an orbiting IoT network using its own satellites.

Another to raise venture capital, in this case $13 million, is the Gold Coast’s Gilmour Space Tech which plans to launch its first test rockets in 2019.

+ India launched its NovaSAR-1 satellite in which CSIRO has a 10 per cent interest.

+ ASX listed Kleos Aerospace (ASX:KSS) raised $11 million with plans to launch its own satellites in 2019 to monitor maritime radio transmissions for defence and security clients.

Much of today’s progress has been spurred by the federal government’s Australian Space Agency, bringing to mind government involvement in the great era of Australian space efforts in the 1960s.

Then the Woomera rocket range was the centre of UK rocketry development, allowing two Australian satellites, WRESAT one and two, to be launched in 1967.

Legacies of that era today include the BAE Systems Nulka decoy rocket used aboard Australian and US navy ships, the JORN over the horizon radar, and the Evolved Sea Sparrow Missile (ESSM) used by western navies.

As reported in @AuManufacturing, BAE recently celebrated the completion of its 3,000th thrust vector controller which guides the ESSM during the launch phase.

Through small mindedness and lack of ambition we lost much of our space capability and missed out on a share of what is a $345 billion industry.

Today we just may have regained our space industry mojo.

This article has been edited from the original for accuracy.