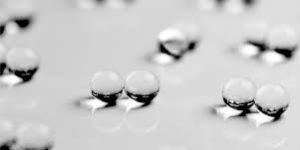 The Australian Renewable Energy Agency has announced a $1.25 million grant to assist a feasibility study for a renewable hydrogen demonstration plant next to Stanwell Power Station.

The study began last June, is budgeted at $5 million in total, and is expected to be completed late this year. It is investigating the key outcomes of optimal design of a plant with at least 10 MW output, as well as the highest-value use of the renewable hydrogen produced by electrolysis.

The funding is to Stanwell Power Corporation, which runs the power station southwest of Rockhampton. According to the ARENA release, the site has advantages of pre-existing land approval, network connection and access to the necessary demineralised water. The electrolyser could see uses as “a complimentary energy market load” ramping up in when there’s excess energy supply, and aid system security “through participation in Frequency Control Ancillary Services (FCAS) markets or future markets such as Fast Frequency Response (FFR).”

“The construction and operation of a utility scale electrolyser is important to demonstrate the costs associated with producing renewable hydrogen at scale. If feasible, this could help underpin future commercial scale deployments leveraging existing network infrastructure at other power stations, and play a role in driving down the cost of domestic hydrogen production,” said ARENA’s CEO, Darren Miller.
Picture: www.stanwell.com
Subscribe to our free @AuManufacturing newsletter here.
By EditorMarch 11, 2020
Share this post
Share on FacebookShare on Facebook TweetShare on Twitter Share on LinkedInShare on LinkedIn Pin itShare on Pinterest Share on WhatsAppShare on WhatsApp