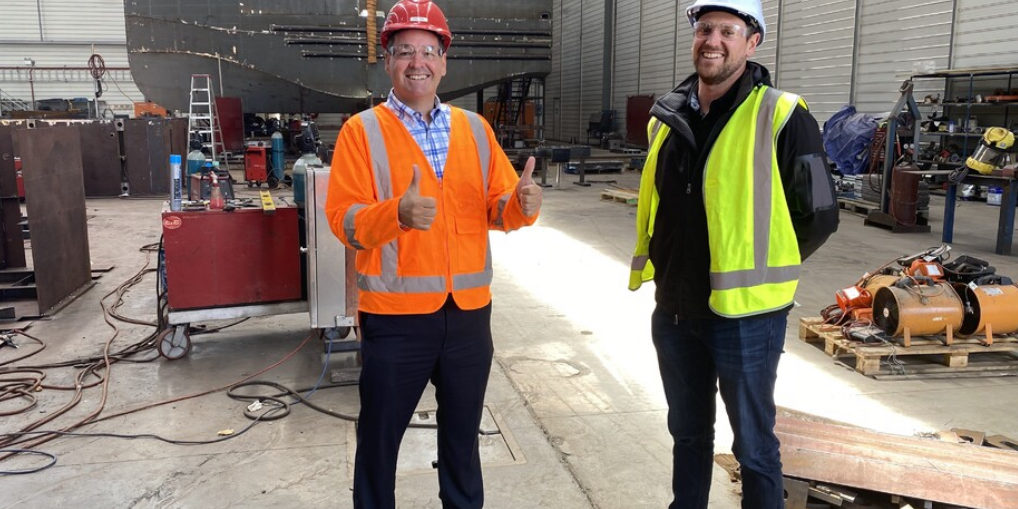 The new submarine project with AUKUS thrusts Australia into a whole new world where innovation and technology rule.

Have you thought much about the nuclear industry and propulsion systems?

The Rolls Royce nuclear propulsion systems in the UK submarine fleet have been developed and put into service for over six decades.

The Nuclear Skills Forum in Australia aims to be part of the growth with new technologies including manufacturing for energy production and for nuclear propulsion systems in space.

Companies like LA Services, based in Sydney, already have vast experience in building pressure vessels for the oil and gas industry. We know that diversity is a key driver in the resilience of Australian manufacturing firms and many have been keen to get involved with local Defence supply chains. We have the largest Defence budget in our nation’s history and it just makes sense to try and be a part of that opportunity.

The nuclear industry and space propulsion is an area where Australia can collaborate, utilise existing capabilities and grow our skills base whilst helping to build the burgeoning space industry globally. NASA is now engaging with industry for nuclear thermal propulsion systems in space.

“These design contracts are an important step towards tangible reactor hardware that could one day propel new missions and exciting discoveries.”

AUKUS provides a new mechanism to benefit Australia and our close friends as part of what has been termed The Forever Partnership.

The Australian Space Agency is in its infancy and I’ve been introducing start up space companies to manufacturers for help to build parts and prototypes for new technologies including satellites and rockets and robotics. The opportunities are almost as vast as space itself and especially now that Australia is a signatory to the NASA Moon to Mars Mission.

Hacko Watches has grown throughout Covid19 and employed new engineers and invested in new equipment. Space is the change. Hacko has increased revenue by 20 per cent due to thinking beyond watch making and towards the space industry. It’s a new opportunity for a watch maker to strengthen business resilience with resources to boost cash flow, retain existing jobs, boost skills and go for growth.

The jobs that are created in the nuclear industry are not only nuclear scientists, you also need plumbers, electricians, civil engineers and more.

According to the United States Nuclear Energy Institute, “the nuclear energy industry creates lasting, high-paying jobs for people from a wide range of fields and educational backgrounds. Recruiting from universities, community colleges, the military and the trades, nuclear power plants provide high-quality jobs to the whole community.”

The submarine project opens a raft of new possibilities for manufacturers to consider pathways into the nuclear industry with such things as reactor builds, design and more.

In the context of what I believe to be Australia’s very bright future, Building Back Better from the pandemic should include all we can achieve from the nuclear industry to build the skills and build the local manufacturing companies that can gain access to global supply chains and propel our country forward for decades to come.

This article and picture originally appeared at Michael Sharpe’s Linkedin page and have been reproduced with permission.