Sun Cable plans to supply renewable power to Singapore in 2027 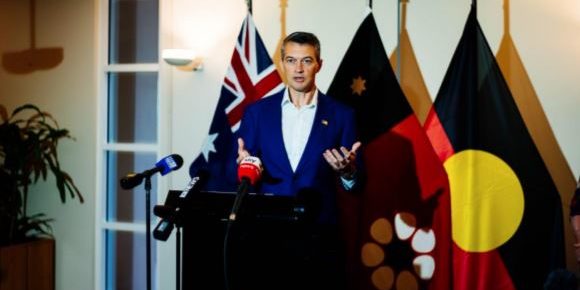 One of the most ambitious renewable power projects globally has moved a step closer with Sun Power signing an agreement with the Northern Territory to facilitate its planned Australia-ASEAN power link (AAPL).

Sun Cable will prepare a Territory Benefits Plan, including an Aboriginal workforce development plan
and local participation strategy, for its plan to supply Singapore with renewable power.

The project would ultimately cost $22 billion, and includes a 15,000 hectare, 10GW solar farm at Elliott in the NT, 22 gigawatt-hours of battery storage and a 3,000 kilometre long undersea DC power cable.

The company expects AAPL’s financial close to be in late 2023, with first electricity to Darwin by 2026
and Singapore from 2027 with exports to be worth $1 billion annually.

Griffin said: “This will provide affordable, reliable energy to support industrial growth in Darwin, as well as
supplying up to 20 per cent of Singapore’s electricity needs.

Sun Cable will establish a Renewable Energy Centre of Excellence in the Territory.

NT Chief Minister Michael Gunner said: “The project will put the NT on the international map when it comes to newawables.”