Technologies and tools for a manufacturing transformation: how hydrogen can help 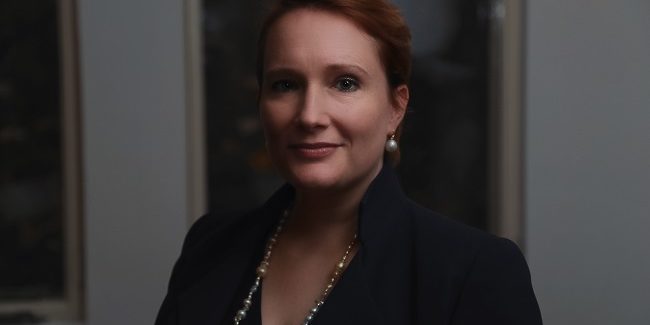 Following yesterday’s comment on the opportunity of lower-emissions energy, @AuManufacturing’s “technologies and tools…” series turns to the future of hydrogen. Dr Fiona Simon explains its potential role as an exportable fuel, a fuel for process heat or energy for transport, and in supporting high-skilled jobs.

Australia is starting to emerge from COVID-19 lockdown, and governments and businesses are keen to stimulate the manufacturing sector. With this in mind, now is a good time to connect Australian manufacturing with the energy carrier that everyone is talking about – hydrogen.

There are three key ways that the manufacturing sector and hydrogen work together.

First, hydrogen does not readily exist in its pure form waiting to be found; it is manufactured. Despite being the most common chemical element in the universe, hydrogen must be actively split from the other elements it bonds with in nature, such as hydrocarbons and water. This can occur in several ways, with the current industry mainly using natural gas to produce hydrogen for industrial processes.

However, the long-term play is to make large volumes of green hydrogen through electrolysis, where hydrogen and oxygen in water are separated via an electrolyser. The opportunities for this form of hydrogen are vast, with demand for green hydrogen coming from international partners and domestic users as the push to decarbonise industries continues.

According to a 2018 ACIL Allen report for ARENA, the potential demand for hydrogen from China, Japan, South Korea and Singapore could reach 3.8 million tonnes by 2030, representing a $9.5 billion export opportunity. Japan and South Korea have been identified as the most promising export markets for Australian-produced hydrogen in the next decade, with each country stating a need for imports to meet domestic hydrogen targets.

To meet forecast international demand for clean hydrogen, Australia will need to significantly expand its hydrogen production facilities and commit to growing the sector quickly. This is particularly as other countries are keen to compete. Just this week, Germany launched its National Hydrogen Strategy to ramp up the German hydrogen supply chain. This strategy includes an investment of €9 billion to promote hydrogen production and use in industrial processes such as steelmaking.

That brings us to the second way manufacturing and hydrogen work together: hydrogen has the potential to transform Australian heavy industry and manufacturing operations.

As we decarbonise, clean hydrogen can be used for industrial heating and chemical processes, in place of coal, natural gas and traditional hydrocarbon-derived hydrogen. Hydrogen can replace diesel in remote area power systems. It can also be used for a range of transport uses, with fuel cell electric vehicles providing a particularly strong alternative to battery electric vehicles for heavy transport, where battery weight and refuelling timeframes are more problematic.

The third key intersection between hydrogen and manufacturing is through skills and experience. Australia will need a trained hydrogen workforce for the production, handling, transport and use of hydrogen.

The National Hydrogen Strategy found that the industry could create approximately 7,600 jobs by 2050, and more if global markets develop faster. These jobs will include engineers, technicians and gas fitters, but workers will have to be qualified and licensed to safely and legally work with hydrogen. Collaboration between government, industry and the education sector is required to develop quality training. Tasmania has already started to develop qualifications for its local hydrogen industry to support the Tasmanian Renewable Hydrogen Action Plan.

Australia could lead the world not only in hydrogen production but in our skills and experience. From electrolysers to fuel cells, and from transport to hydrogen storage systems, advanced local manufacturers will have the ability to develop and demonstrate expertise on the world stage. As Dr Alan Finkel explained in the National Hydrogen Strategy launch last November, Australia is a “potential hydrogen production powerhouse”.

COVID-19 has caused a global shutdown and given us a glimpse into the vulnerabilities of the Australian economy. Fortunately, this is at a time when a new manufacturing opportunity has started to become clearer.

In every state and territory, we have an opportunity to build an extensive manufacturing sector around hydrogen. This could form the basis of export revenue and improvements in the value of our local manufacturing industry. This in turn will drive an increase in new jobs and drive economic growth across Australia.

Dr Fiona Simon is CEO at the Australian Hydrogen Council.