The myth of infrastructure spending – it is just not happening 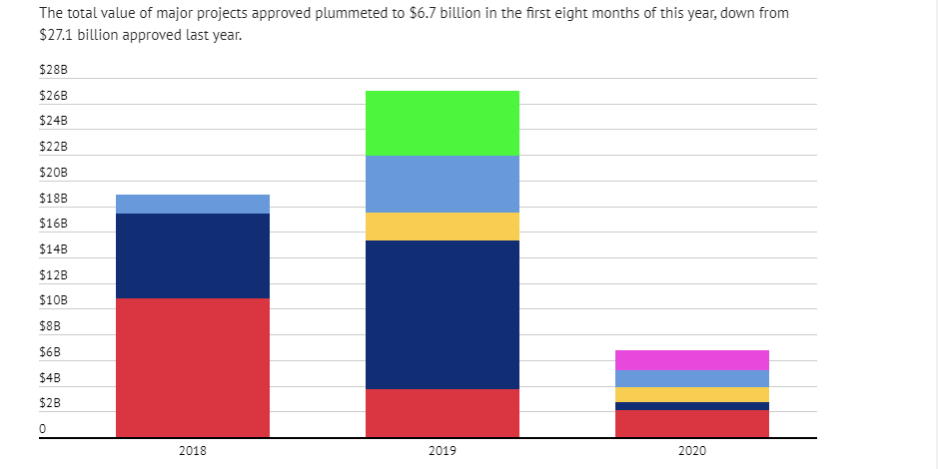 You could be forgiven for thinking that federal and state governments have massively boosted investment in infrastructure projects to help Australia move through the Covid-19 related recession.

There are seemingly daily mutterings from Canberra of big spending, coming soon…but apparently not actually coming at all.

New figures from Infrastructure Partnerships Australia, reported in Channel 9 media, show that there has been a $20 billion slump in major project approvals since the coronavirus crisis began.

Far from an infrastructure boost, the value of major contracts being awarded fell to $6.7 billion in the first eight months of this year, down from $27.1 billion approved last year.

In part the figures reflect a small number of very large contracts let last year, and perhaps they show that these big projects just can’t be turned on and off.

There is a finite amount of capability in the big contracting sector.

So what of many small projects rather than a few big ones?

It seems these are not particular shovel ready, to use a phrase the politicians are fond of.

Again we have heard of such projects for decades but when they are needed, there simply aren’t too many projects in the $1 million to $500 million range sitting on the shelf waiting to go.

Perhaps this reflects the cuts in the capabilities of the public service – around the country government is simply not capable of doing more.

So when you read about Deputy Prime Minister Michael McCormack promising new spending on infrastructure in the October 6 budget, watch out for more smoke and mirrors. 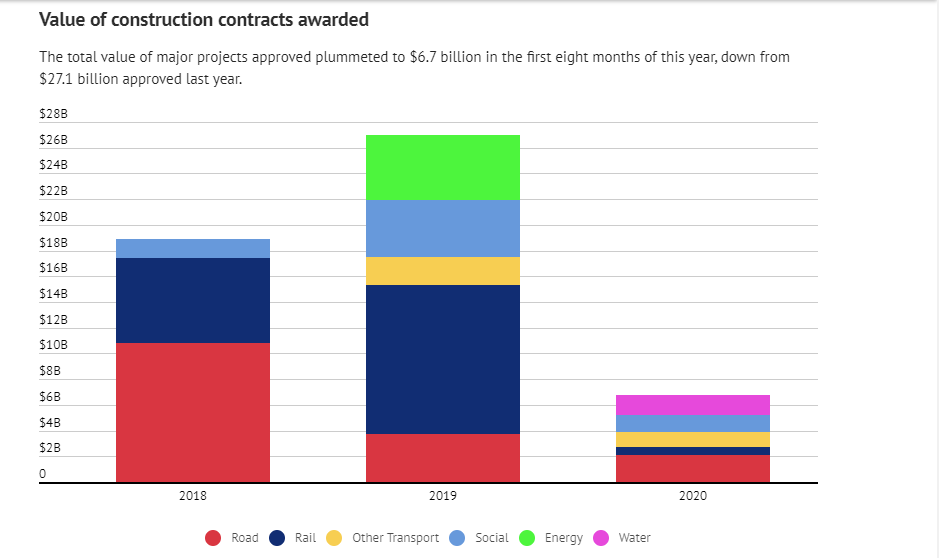