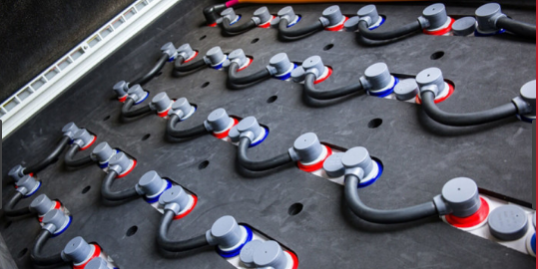 The investment, which matches 4.75 million raised from investors, will boost production of the company’s residential and commercial scale battery systems.

Also this week Calix has been revealed as one of 30 projects funded by the government’s CRC Projects (CRC-P) programme announced last week.

A number of 10 kWh battery prototypes destined for future manufacture will be produced.

Calix is working on the project with Boron Molecular, Deakin University’s Institute for Frontier Materials (IFM) and R&D centre, BatTRI-Hub.

In other energy storage developments the Australian Renewable Energy Agency has stepped in to speed up construction of the Cultana pumped hydro scheme in South Australia.

ARENA will provide $40 million for the project, one of four pumped hydro projects being developed in SA.

ARENA CEO Darren Miller said: “With 50 per cent of total energy generation in South Australia coming from variable renewable energy in 2018…there is an increasing requirement for energy storage to firm and balance the system in that state.

“As part of this, pumped hydro has an important role to play in Australia’s energy transition.”