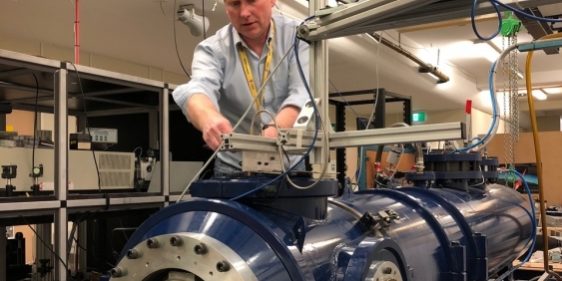 A UNSW Canberra-designed hypersonics experiment will feature at a NASA-run workshop in January next year.

Two test cases will be presented at Aeroelastic Prediction Workshops at the AIAA (American Institute of Aeronautics and Astronautics) SciTech conference in Maryland, USA. These will be the US Air Force Research Lab’s FC-19 and UNSW’s Hypersonic Multibody Aeroelastic eXperiment (HyMAX.)

Both involve the complicated physics of aeroelasticity and fluid-structure interactions (FSI) involved in hypersonic flight, which kicks in at speeds of about mach 5 (five times the speed of sound) or above.

“This is a fundamental study of the complex coupled physics that will influence how a hypersonic vehicle will distort in flight due to the extreme aerodynamic and thermal loads that it is subjected to,” Neely said in a statement from the university on Monday.

“It will help inform the development of computational tools to help confidently and efficiently design these vehicles.”

Supersonic and hypersonic travels endure aerothermal heating, reducing the stiffness and strength of an airframe and making it “more susceptible to strong FSI.”

“In certain cases, if this FSI coupling is not naturally damped out it can lead to reduced aerodynamic performance, structural fatigue and thus reduced life of the vehicle and potentially catastrophic failure,” he said..

“Industry therefore needs accurate and efficient numerical tools to confidently design the structures of these weight-sensitive vehicles for applications ranging from high-speed transport to reusable space launch to military systems,” he added.

The experiment grew out of Australian Research Council and US US Air Force Office of Scientific Research-funded work on hypersonics FSI.

Australian and US researchers have collaborated on hypersonics for nearly two decades, in scramjet engines, missiles and sensors.

The federal government has recently made increases to funding for hypersonics research, due to its implications in defence.