v2food goes on sale in China 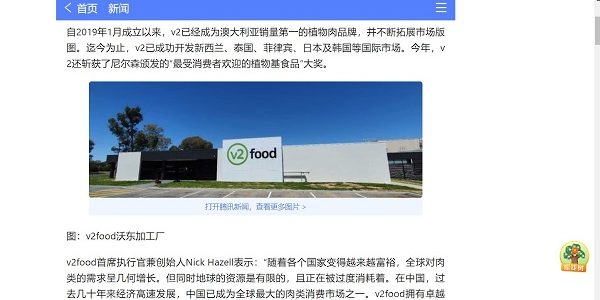 The company has established an operations team in China to deliver Wodonga-made plant-based foods to consumers there, adding to export markets New Zealand, Japan, Korea, Thailand and the Philippines.

v2food was established by the CSIRO, Main Sequence Ventures and Jack Cowin’s Competitive Foods Australia, the franchisor of Hungry Jack’s, which launched the country’s first meatless Rebel Burger in 2019.

Exports to Burger King NZ began in February 2020 and v2mince and v2burger patties launched in Australian supermarkets in August 2020, followed by the v2sausage.

The company blends ingredients such as protein from soybeans, coconut and vegetable oil, and plant fibres to create its products.