V2Food plant based burger on sale in Korea 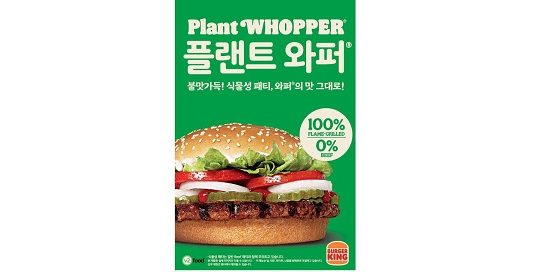 This week marks another milestone in the penetration of Asia Pacific markets of the plant-based burger first developed for the Australian Hungry Jack’s chain.

South Korea has become the fifth country in the region where Burger King restaurants are offering offering the Plant Whopper developed by CSIRO offshoot v2Food.

Burger King Korea customers will be able to choose an Original or BBQ flavour of the 100 per cent Flame Grilled Plant-Based taste.

v2fFood has been on a stellar growth path since it first launched in 2019 in Hungry Jack’s followed by a supermarket launch of plant-based mince and patties.

The company, which has invested $20 million to set up a processing facility in Wodonga, boasts Hungry Jack’s founder Jack Cowin and CSIRO’s investment fund Main Sequence Ventures as founders.

And the next market being targeted? China.