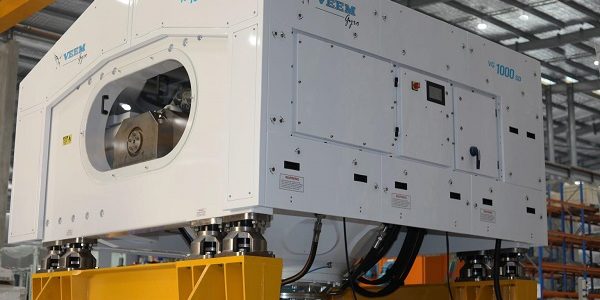 Perth marine manufacturer VEEM Ltd has released photographs of staff putting the final touches on the world’s most powerful gyrostabiliser, the model VG1000SD.

The unit was completed earlier this year and shipped to European shipbuilder, Damen, to be integrated in the company’s new Fast Crew Supplier, FCS 7011.

To be launched later this year, the FCS 7001 is designed as a work boat and personnel transporter for offshore installations.

The 20 tonne VG1000SD incorporates a massive internal gyroscope which generates 1000kN.m of torque, cutting roll in rough seas by up to 95 per cent.

Designed to reduce the roll motion of vessels with displacements from 300 to 900 tonnes, the VG1000SD replaces two smaller units tested by Damen in a different vessel in 2018.

VEEM manufacturers stabilisers and other advanced equipment for work boats, super yachts and for incorporation in vessels built by Perth international shipbuilder, Austal. 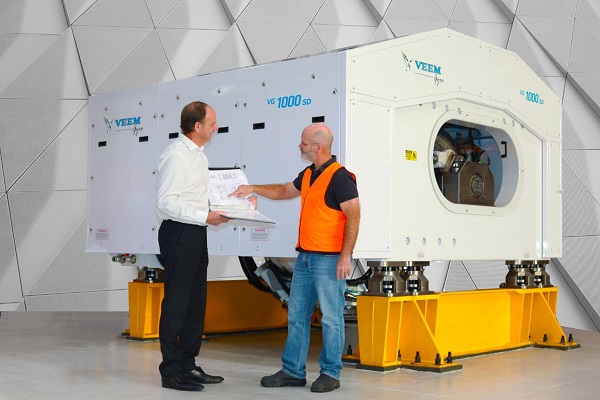