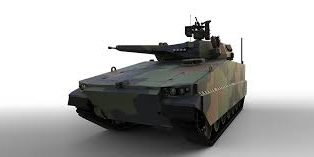 The Victorian government has swung its weight behind Korean company Hanwha Defence’s bid to construct military vehicles in Geelong should it win a major defence contract.

The government has signed a Memorandum of Understanding with Hanwha to forge a long-term partnership which will support the establishment of Hanwha’s defence manufacturing operations in Victoria.

Hanwha is one of two final contenders along with Rheinmetall in Queensland in Defence’s LAND 400 Phase 3 tender, a $10 billion plus project to replace the Army’s Vietnam-era M113 Armoured Personnel Carrier (APC) force.

The company is also looking to build 30 Self-Propelled Howitzers and 15 armoured resupply vehicles in Geelong, and carry out maintenance and repairs.

Hanwha Defense Australia managing director Richard Cho said: “We see it as a strong platform from which to develop our mutual interests in a range of technologies and to establish an advanced manufacturing facility here in Victoria.”