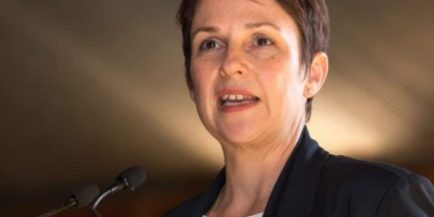 The Victorian government has made a number of submissions to the federal government’s approach to market for a local mRNA vaccine manufacturing capability, with several other states also vying for Commonwealth support.

The federal Industry department opened an expression of interest process for the establishment of an end-to-end local mRNA vaccine manufacturing capability, calling for fully-costed blueprints.

The tender closed this month and the government is understood to have received about 12 submissions. These submissions include from big players like CSL, startups such as Servatus, as well as a number of state government-backed consortia.

InnovationAus understands that the Victorian government has backed a number of different proposals made through the Commonwealth approach to market.

These include a joint project between the Monash Institute of Pharmaceutical Sciences and the Doherty Institute, which is set to make Australia’s first local mRNA COVID-19 vaccine candidate to reach Phase 1 clinical trials by October.

The Victorian government has already contributed $5 million for these trials out of its $50 million mRNA fund, and is now looking for further support from the federal government.

CSL is based in Melbourne and the Victorian government has also likely thrown its support behind the biotech giant’s bid. The company is already manufacturing the AstraZeneca vaccine in its Melbourne facility.

Australian pharmaceutical firm IDT is understood to also be in discussions with the Victorian government to locally manufacture an mRNA vaccine.

While the federal government has set a three-year deadline for mRNA vaccine deadline, the Victorian government is aiming to ensure the state can do this within 12 months.

“Victoria is clearly the best place to rapidly scale up for mRNA manufacturing in Australia, given the outstanding expertise and infrastructure that exists here,” Victorian innovation minister Jaala Pulford said.

“We’re the home of Australia’s biotech community and the leading state in Australia for mRNA research, as shown by the recent progression of our local vaccine candidate to Phase One clinical trials. We look forward to working collaboratively with the Commonwealth to establish onshore mRNA manufacturing capability in Victoria.”

The Queensland government also confirmed that it was one of the submitters to the federal government’s approach to market, saying it is in negotiations with multiple leading vaccine manufacturers internationally along with local firms.

The New South Wales government has also talked up its potential for mRNA manufacturing and was likely one of the other bidders. The NSW Premier has previously said she wants to make the state the “home” of Australian mRNA vaccine manufacturing.

South Australian biotech firm BioCina is understood to have also made a submission involving its Adelaide facility. Brisbane-based Luina Bio has also been reported as making a bid for the federal government support.

The government has kept hidden how much money it has allocated for the manufacturing capability, and has also declined to reveal a business case it commissioned from McKinsey for $2.2 million.

McKinsey was also paid a further $2 million to assist with the approach to market, while an advisory board has been established but its members have not been revealed.