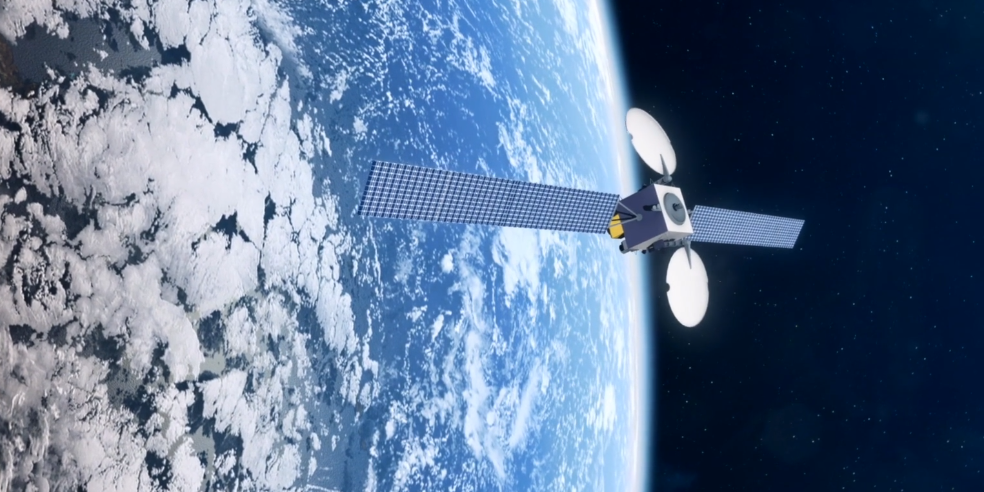 In space, no one can do without a team, according to the members of a new Sydney incubator. By Brent Balinski.

Divide up a problem, work together, conquer it. It can be an important approach, especially as the complexity of a problem increases.

The environment of space – and the physical challenges attached to operating in it – ensures that things are very complex indeed. But the potential economic and societal rewards, as well as the increased affordability of access, mean that more and more private industry satellites are launched every year.

For Australian startups, the risks and the rewards are well-understood. So is the need to work together, according to those involved, and historically inward-looking attitudes among Australian businesses are disappearing.

Peter Fritz, the Managing Director of TCG Group – the country’s oldest IT company – said that about eight years ago he considered the potential of space for Australian economic growth, but initially ruled it out due to “very little cooperation and collaboration,” in the national culture.

“There’s far too much competition,” he said at a soft launch event for the Wolfpack Space Hub’s new site last week. 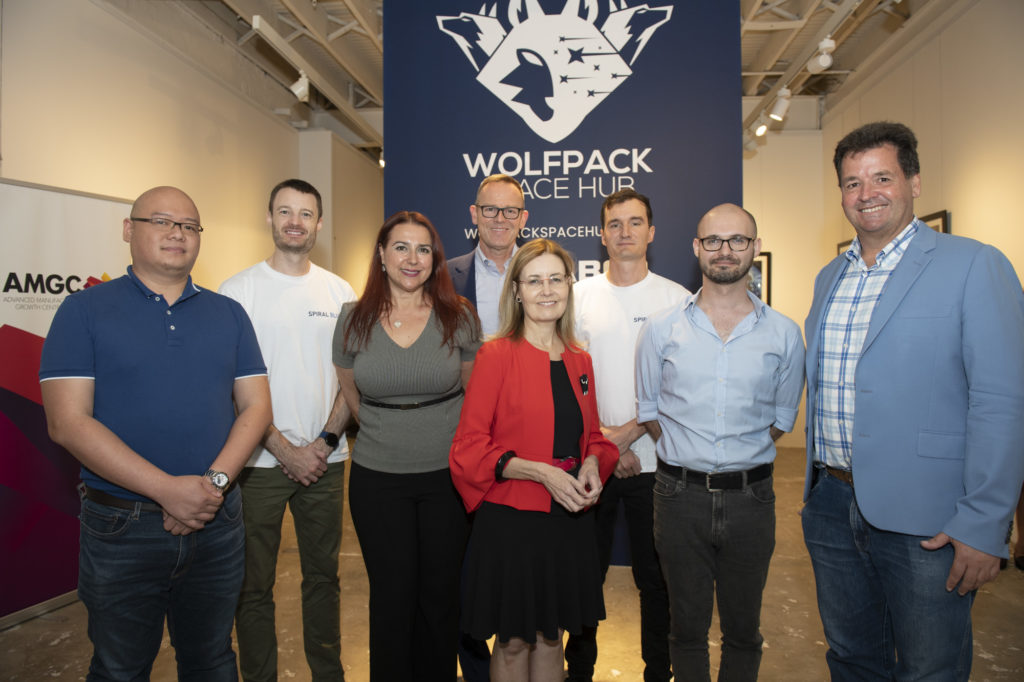 Wolfpack is governed by three principles: companies work together to chase customers; they operate in an upstream, “tech- and manufacturing-heavy” fashion; and they work together on proposed solutions.

Three of the incubator’s startups are part of Project Rainbow Python, which was awarded a $578,000 Advanced Manufacturing Growth Centre Commercialisation Fund grant last year. The team’s payloads will travel on the first commercial Australian space launch, scheduled for early next year.

Australia spends an estimated $5.3 billion on EO data each year, though has no sovereignty over data-gathering satellites other than CSIRO’s 10 per cent share of NovaSAR-1’s tasking. The federal government recently announced a National Space Mission for Earth Observation, budgeted at $1.2 billion over 15 years to design and build four EO satellites.

RP’s lead, Spiral Blue, creates edge computing systems. These sort through the informational chaff and deal with the massive 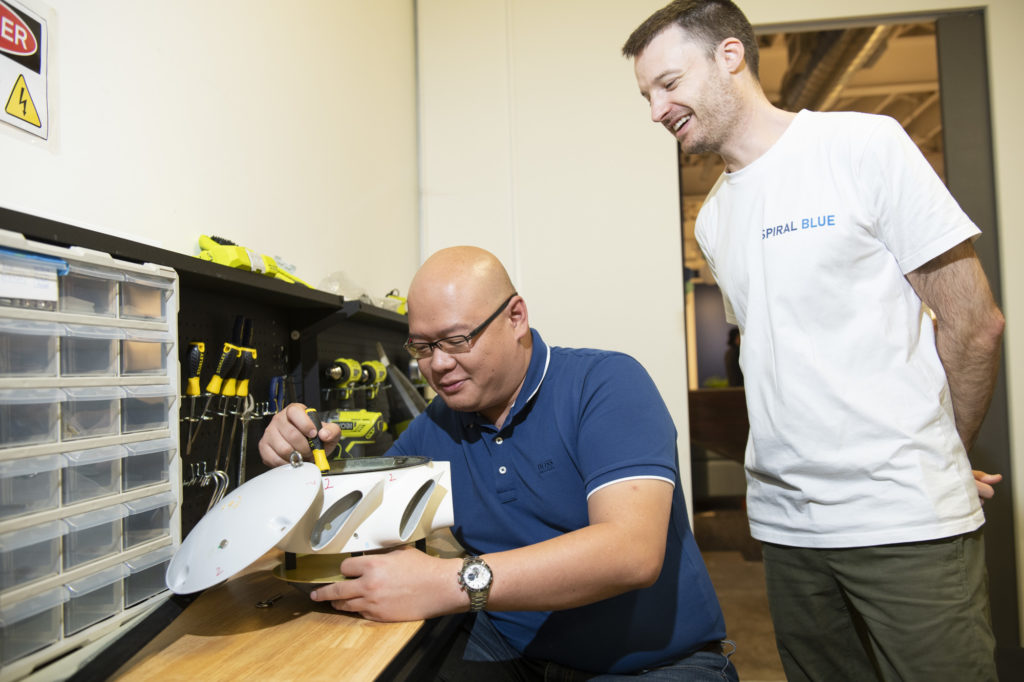 volumes of data produced by hyperspectral cameras, which run up against the limits of downlinking back to base.

“Satellites can travel around the earth and capture images of the earth, but they can only get a few opportunities to downlink that information as they orbit,” explained James Buttenshaw, the company’s co-founder and CTO.

“We’re hoping to tackle that data constraint problem, by performing some analysis and some compression on the edge.”

The company’s work has included a contract with the Defence Innovation Hub to process satellite image data and recognise vessels from space. Spiral Blue has three payloads in orbit currently, and is scheduled to have a fourth in October.

Image data on the mission will be collected by an instrument built by Esper Satellite Imagery, which aims to have 18 of its systems in orbit by 2025, to be used for applications ranging from surveying rare earth minerals and tracking carbon emissions from space.

Esper believes that hyperspectral imagery is useful, “All the way from being able to tell how much protein and carbohydrates are in a certain crop to being able to recognise and explore and survey different types of minerals that are in the ground.”

The third startup on the project works not in EO but in building gyrochutes – “unpowered safe descent vehicles” – which fall to earth and could be used to scatter cargo such as communication devices for emergency services.

This manufacturer of reusable passive descent systems, Dandelions, hopes to eventually address the current high cost of bringing things back from orbit. According to CEO Brian Lim, it’s currently about half a million dollars per kilogram to return goods from space, and by bringing that down to $50,000 with the help of gyrochutes, you could make it viable to manufacture exotic materials off-earth. 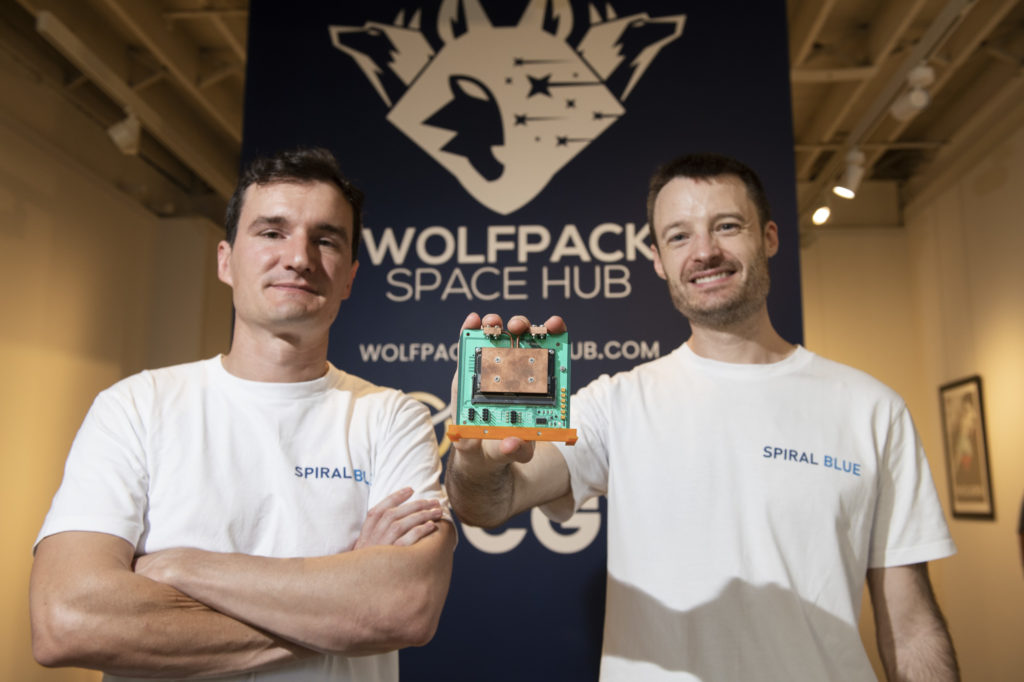 “For Australia, that means we can manufacture very high-end goods in microgravity that couldn’t be made here on earth,” Lim said.

“Microchip production is expected to have better yields, people are talking about organ manufacture in orbit, and other high-end manufacturing processes that are only possible because there is no gravity to work with.”

For the Wolfpack team, the formula is to pick a reasonably big problem, divvy it up into manageable chunks, then work together. The incubator and its companies also have links to University of NSW’s Australian Centre for Space Engineering Research, which is providing test and engineering support to Rainbow Python.

It seems a no-brainer to work with a university for any challenge of significant complexity, especially if in-house R&D resources are limited, but it’s something that the nation’s manufacturers could do better overall.

Dr Jens Goennemann, Managing Director of AMGC, pointed out that his company’s research shows only 12 per cent of Australian manufacturers collaborate, and only 4 per cent do so with research institutes.

“We know from global comparisons that the more collaboration happens, the better the outcome,” he added.

If Australian businesses want to compete in space, it’s hard to imagine another way.

“I think that we have to be positive about it,” believes Fritz.

“But we have to play down the competition among ourselves, because the market is huge, the opportunity is huge.”