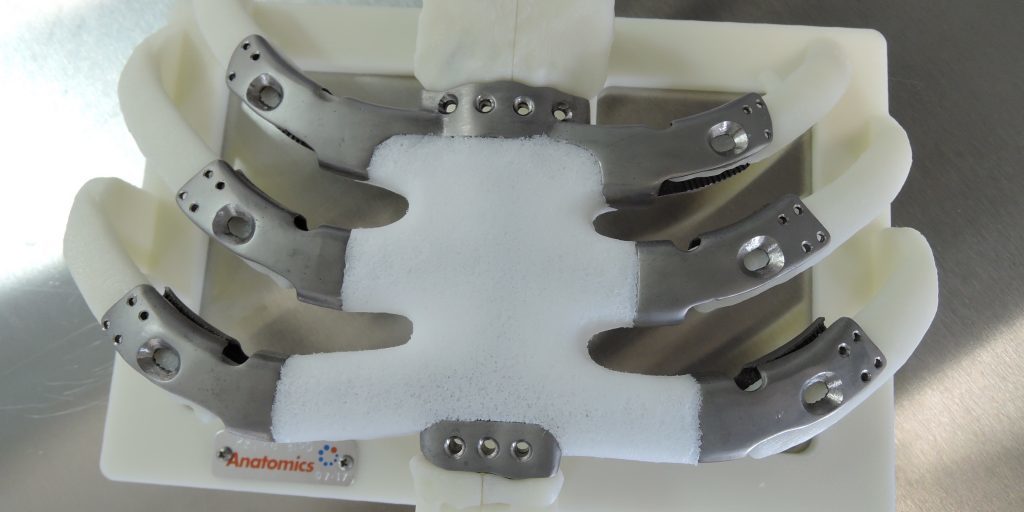 Anatomics was founded in 1996 by surgeon Dr Paul D’Urso, a world leader in 3D printed patient-specific surgical models and implants. Its new site is a 3D printing polymer laboratory at the MAKE Incubator.

The new site is a former brake factory, and will be opened by federal health minister Greg Hunt. Polymer implants made at the facility, including from StarPore (a product developed in collaboration with CSIRO) will be used in reconstructive surgery, for example for those who’ve had traumatic accidents or tumours removed.

D’Urso and the company have been involved in many global firsts, including sternum, skull and other implants

“In 1993 we put the first cranial reconstructive implant from a 3D printer into a patient,” he told an interviewer in 2016.

“Kids with terrible facial deformities from Fiji and Vanuatu would come to Brisbane’s Mater [now called Lady Cilento] hospital, where we would manufacture custom models to assist in the reconstruction of their skulls.

“We also printed the custom models that allowed the separation of conjoined twins’ skulls. As more surgeons requested Anatomics implants, craniofacial surgery in Australia was transformed.”

"By supporting manufacturing and production ecosystems to become more resilient, sustainable and inclusive, we can enable manufacturers and their ecosystems [to drive] a new wave of booming global economic and social prosperity"

“over time [waste] won’t be considered waste at all,” says Wayne Best of @nanollose.

"At some point, people may want some money for it... we might be competing with other types of technologies.”