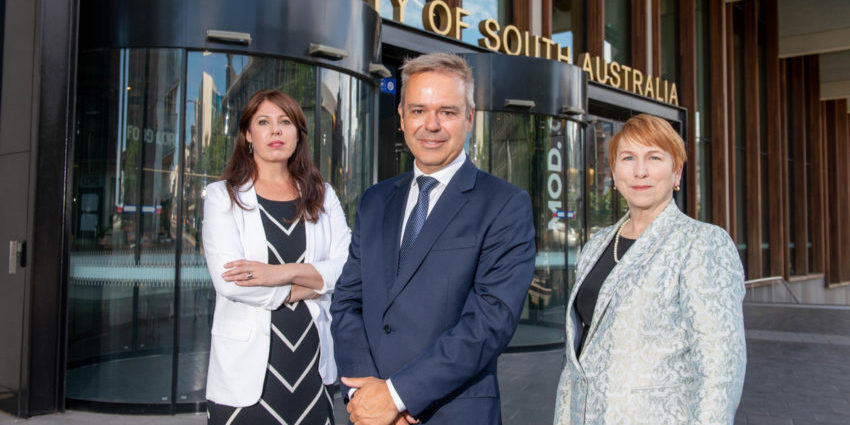 Successful Australian business innovator Richard Turner has joined the University of South Australia as Entrepreneur-in-Residence to inspire future entrepreneurs and supercharge the development of new and established businesses.

He was also named 2010 Australian Entrepreneur of the Year.

Professor Turner officially begins his role at UniSA on November 4 where he will have has a wide remit to work with the university’s business initiatives, including the Innovation & Collaboration Centre , the UniSA MBA, and the Australian Centre for Business Growth.

He said he aimed to help growing the economy at both a state and national level by connecting the highly innovative ideas being developed at the university.

“I believe South Australia has a natural competitive advantage in renewable energy generation that we must take advantage of quickly, if we are to lead the next wave of innovation, including globally competitive clean electricity and hydrogen production, that will feed into new developments in mining, defence, space and many aspects of the industry 4.0 revolution.

“We want to attract the students, startups and emerging businesses from all over the world to South Australia, to study, establish themselves here, and work at the leading edge of these new industries. To do that, we need to grow our talent base through targeted training, aligned with these industries.

“South Australia has the ideas and it has green resources in abundance, what we need to do better is connect people, attract investment, and model and market our enterprises with a complete commitment to success.”

In June this year, a decade-and-a-half after founding Zen Energy, Prof Turner stepped away from the company that pioneered the solar battery home energy industry in Australia. He retains a significant shareholder in the company despite Sanjeev Gupta’s GFG Alliance acquiring a majority stake in 2017.

Professor Turner said growing a business from inception to the $1 million revenue mark was a difficult task that required significant support.

He said the university had a reputation for educating innovators, encouraging a startup culture and providing support for graduates to found new enterprises.

“UniSA has always been focussed on providing the kind of education and research that is closely linked to business and industry and to delivering a solutions-focussed approach and that is something I really value,” the UniSA Business graduate said.

“I’m hoping to introduce new accelerator programs to provide a continued pathway for our successful startups to grow out of the ICC and become successful employers.

“Ultimately my goal is to help UniSA play a pivotal role in growing the local and national economy, building new industries and delivering the jobs Australia needs to thrive in the 21st century.”

“Richard has done it all – started with an idea and developed a whole enterprise – and he has done that successfully four times over,” Professor Lloyd said.

“His experience is priceless and will be a huge advantage to our students, to our entrepreneurial researchers and the industry innovators that work with them, and to all the innovators we are encouraging at the ICC.

“Richard’s commitment to SA and to the potential of South Australian talent, creativity and innovation is outstanding and we are delighted he will be working with us to lead innovation in the State.”