ZIP wins major appliance award in the US 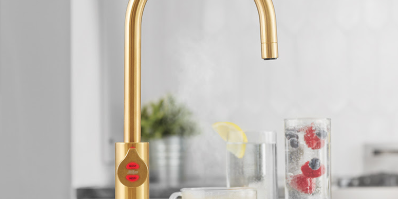 The company was awarded the 2019 Kitchen Product of the Year in the Kitchen & Bath Business Product Innovator Awards, recognising it as the first to market in a category as yet unfilled by any other maker in the United States.

Judges singled out its superior product innovation in making the award.

Founded by Michael Crouch and now owned by Culligan Water, ZIP is a leader in the underbench boiling water market, with the Australian market also served by locally made Billi appliances.

Doumani said: “With a Zip HydroTap in over half of workplaces and tens of thousands of homes across Australia, it is no wonder it is already proving popular among Americans.

“The Zip HydroTap is the first drinking water system in the US that provides filtered boiling, chilled and sparkling water at the touch of a button.”

Zip HydroTap is sold in more than 76 countries around the world, with local manufacturing expanded under Culligan ownership, and now employing more than 700.

This award is the second major accolade for Zip HydroTap in the US – it was awarded silver against 600 entrants in the kitchen category at North America’s largest Kitchen and Bathroom show earlier this year.