Precise delivers and grows beyond automotive. 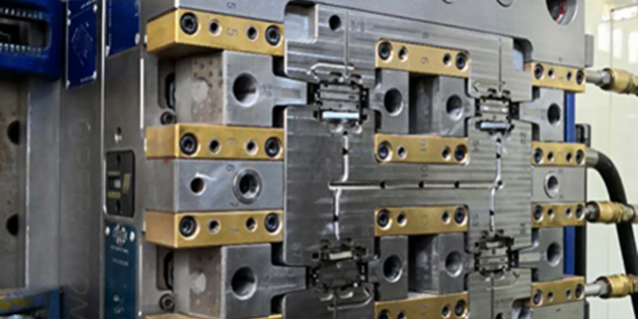 Adelaide’s Precise Global has delivered a major order of injection moulding dies to GM in the United States for inclusion in the company’s flagship Chevrolet Corvette 2019 model.

The company has delivered 16 dies and is working on dies for another two GM models, according to Grant Tinney, the Chairman of Precise’s parent company, the Precise Advanced Manufacturing Group.

“These tools were delivered on-time to two separate US manufacturing clients and will produce interior components to the quality demanded of this vehicle,” said Tinney. “We have been supplying tooling like this to US manufacturers since 1994.”

The company has 25 clients in the US and has manufactured tooling for makes such as Mercedes Benz, Ford, Chrysler, Kia, Nissan BMW and Toyota, as well as GM.

While Precise is still kicking goals in automotive internationally, less than 5 per cent of Australian turnover is in the sector. This is down from 90 per cent in 2004.

“We still manufacture dies for the Australian market aftermarket customers such as Tickford and HSV,” Tinney told @AuManufacturing. “But 90 per cent of what we do for the automotive sector is injecting moulding and stamping tools for USA based customers, mainly in the mid-west.”

Precise is among a group of locally-owned automotive suppliers that have built on their engineering and other capabilities to create a new future for themselves, usually in higher value-added areas than automotive.

The company, expected to turn over around $23 million this year, offers its industrial design, prototyping and manufacturing services to start-up and young businesses, helping them take their ideas to commercial reality.

“Of course this benefits us internally in the development of our own products.”
Since diversifying the company has developed a number of products based on its own intellectual property, rather than building designs for the auto giants.

“We also have two commercialised products, one of which we have spun out into a new business, Valley Precise Global (VPG), due to its commercial success.

“We have a second product which assists aircraft technicians replace rivets, but we are still in the start-up and development phase.”

The VPG clamps were originally developed for use in combat situations, but are now available for civilian uses. In the past two years the company has developed two new clamp products for its VPG range – one a low-cost clamp and the second one that withstands high pressures.

While Tinney, who is a member of the Australian Manufacturing Forum, has driven Precise’s successful diversification from automotive, he prefers to give credit to his team.

“Life has taught me never to rest on my laurels,” said Tinney. “You need to spread your risk, try to look always two to three years into the future. And you cannot achieve anything without a great team who are pulling in the same direction.”

The Precise group is made up of a number of firms including in mould and die manufacturing, advanced machining, fabrication, its R&D arm iPrecise and VPG.