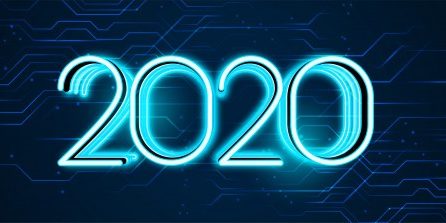 For the fourth year in a row now I give you the annual Additive Manufacturing highlights from Down Under. Despite the challenges, 2020 was marked by a year of positively healthy industry growth!

I alluded this this in my recap of 2019, but wire-arc AM bureau AML3D (ASX: AL3) certainly made a splash this year with an IPO in March. You could say it was brave timing, given the listing occurred right on the COVID-19 induced shut-downs, but that hasn’t even made a dent in AML’s progress. Two Arcemy™ units sold, and multiple partnerships, alliances, and customers secured, AML3D has forged ahead. A relocation to a larger site, expansion plans well underway, a site in Singapore established, and another AU$7m raised, AML is poised now accelerate adoption of wire-arc AM, and push further into new markets abroad.

Amaero International (ASX: 3DA) listed almost exactly 12 months ago, and their ambitions know no bounds. Service bureau, equipment reseller, material producer – Amaero is playing in all these spaces. The IPO saw a facility established in El Segundo, California, a hub of aerospace and defence manufacturing. In short order, AS9100D was obtained, and interest from aerospace companies has been strong, with a recent purchase order from Boeing announced this month. High profile advisor appointments have been made in Patrick Shanahan, David Wolf, and more recently ex-Australian politician Christopher Pyne. These appointments are all geared towards the securing more of the Five Eyes defence market for Amaero. In what would be a ground-breaking development, Amaero plan to establish a titanium powder production facility in Australia. This would be the first of its kind in the world, being a process that relies on non-conventional supply, yet produces a spherical powder suitable for a powder bed process. A sovereign supply of material from within Australia was one of the main drivers behind this move, as currently all AM powder is imported. A recent AU$9m raise will help support the significant growth aspirations of Amaero International into 2021.

In a year of shaky market conditions for AM generally, thermal technology provider Conflux Technology has not only survived but thrived in 2020. I think that this was their year to shine anyway, but the stellar team has certainly made the most of it. Multi-year goods and services contracts signed for customers in the EU and US, great results for happy Formula 1 customers, defence and aerospace contracts delivered, and double-digit growth in Japan are just some of the achievements of this dynamic start-up. Arno Held, Chief Venture Officer for AM Ventures (a Conflux investor) mentioned Conflux Technology numerous times in his talks at Formnext Connect as an exemplar of a company with high growth potential and promise….and now you can see why.

SPEE3D started the year with the launch of new subsidiary for EMEA headquartered in Germany and led by well-known AM industry figure Stefan Ritt. Responding with lighting fast pace to the global pandemic, SPEE3D were quick to establish the effectiveness of copper coatings deposited with their machines to kill SARS-CoV-2 upon contact. It was a good year closer to home with a successful field trial of their machine with the Australian Army. The trial confirms the possibility of using the WarpSPPEE3D machine in front line service, meaning troops have the ability to print spare parts on demand. In a nice touch, the usual bright red machine skin was abandoned in favour of a camouflage colour scheme. Further success with the defence forces saw sales to the Navy and the Special Forces. I had great pleasure writing up an article on SPEE3D that appeared in the Spring edition of Metal AM Magazine this year which covered SPEE3D’s genesis and rise to prominence.

A manufacturer of customised 3d printed medical and healthcare devices, 3DMEDiTech was poised to contribute to combatting the global pandemic in a meaningful way. The team wasted no time in rapidly developing 3d printed nasopharyngeal swabs which were then tested for safety and efficacy by the Doherty Institute. Hard to believe, but a pre-print of the paper containing the test results were available by late May! Test kits to accompany the swaps were also developed, and by September the Australian government signed an AU$3.7m contract with the company to supply the test kits. In addition to test kits, they are still supplying their usual line of dental alignment device SmileStyler, and custom-made orthopaedic helmets. 3DMEDiTech is a great example of the enabling capability of 3d printing – a technology that gives you the freedom to switch your product line at a moment’s notice.

SME success story Amiga Engineering has really hit their stride in AM this year as they have managed to both deepen the AM capability with the addition of enhanced quality control and metrology services, and widen their offering with the addition of a Mimaki full colour printer. Amiga has pushed into defence partnerships this year having achieved AS9100D certification, and obtained a capability grant to enhance delivery of specific AM defence-related goods. Amiga formalised their alliance with 3D Systems as they are now official resellers of 3D Systems equipment and consumables. Having plenty of the 3D Systems machines themselves, they are a natural choice of partner for 3D Systems.

Big changes have occurred over at Aurora Labs (ASX: A3D) with a complete board renewal in March, a dramatic reduction in staff numbers, and a refocusing of the technology roadmap. The new board identified a number of key technical challenges that had to be overcome in order to achieve a market-ready machine, and thus had to recalibrate shareholder expectations regarding the readiness of the machine, and therefore, a timeline for a revenue stream. Founder and CEO David Budge has moved into the CTO position, with the COO taking up the CEO spot. Reinvigorated leadership and focused operations at Aurora should hopefully lead to a strong 2021.

Titomic (ASX: TTT) is another listed company that has undergone a board refresh and turnover of executive team this year, with a renewed vigour to focus on commercialisation. An AU$19m raise early in the year, plus the sale of two Titomic systems in an options deal was a good start to the year. It’s clear that foreign aerospace and defence companies are very keen to investigate the potential value of cold spray technology, with Airbus, Lockheed Martin, and Thales all instigating evaluation program with Titomic in 2020.

The Australian/NewZealand arm of GoProto was only established last year but this bureau is now well equipped and well-resourced, especially with the acquisition of the 3D Systems On-Demand facility in Melbourne and Wysiwyg in NSW. With these acquisitions, GoProto now takes significant market share in the polymer 3d printing market. It’s probably no surprise that Simon Marriott, one of the first people to introduce 3d printing to the Australian market, is behind GoProto in the ANZ region.

A small company with the audacious goal to create the most “desirable bikes in the world”, Bastion Cycles welcomed a new machine to their AM suite early this year, doubling their titanium capacity. Their own stunning bikes (and they are stunning, you should check out their social media posts) are made with titanium only, but as Bastion has the engineering capability and AM expertise, they are also servicing other frame builders with AM-made bike parts. Bastion has refined the engineering and art of making thin-walled, lattice-infilled structures. Their own bikes have utilise this design on the bike lugs which enable Bastion to create completely customised bikes for, let’s say, discerning riders.

Quality assurance start-up Additive Assurance officially launched their product, AMiRIS, this year and sold their first unit to the Defence Science and Technology Group. A further $1.6m, led by London Stock Exchange Listed IP Group, was raised mid-this year which assists with a team expansion and further commercialisation. The team has been plugging away at developing the machine learning element of the AMiRIS product for some time now, and it is this offering that really sets Additive Assurance apart from other quality assurance products in the market.

I spent the year doing what the rest of the world was doing – I stayed at home! Many long, wintery days were spent working on my literature review and sharing home schooling duties. Like many, I embraced the opportunity to virtually connect with colleagues around the globe, both presenting at the Digital Additive Manufacturing Marathon, and Co-chairing the 4th International Forum on Additive Manufacturing for RMIT (you really should check out the fantastic presentations that are still available on YouTube).

All of my Women in 3D Printing activities went online, and not long after taking the Melbourne chapter to Zoom, I was invited to be the Chair of the newly founded Oceania region, overseeing the Wi3DP activities in Australia and New Zealand. Bringing this community together virtually has been a wonderful highlight of 2020. I’m so pleased that our virtual happy hours will remain a fixture in our 2021 event calendar!

I got to have a few fun and enjoyable chats about additive manufacturing, engineering, and politics on such podcasts as Engineers Assemble, Engineering Heroes, and 3Degrees this year. The Engineering Heroes podcast was followed by a feature article interview in the Engineers Australia Create magazine which was a big honour. This was preceded by an article I wrote requesting a new deal for manufacturing in Australia. It’s likely a coincidence, but I was happy that many of my recommendations have since been adopted by the federal government.

In other news, being away from RMIT’s Advanced Manufacturing Precinct all year and just generally not being around machines prompted me to buy a little Prusa Mini. After all of these years I have finally embraced polymer 3d printing! This year all my friends and family will get 3d printed Christmas pressies!

Wishing you all happy holidays and a reinvigorated start in 2021.