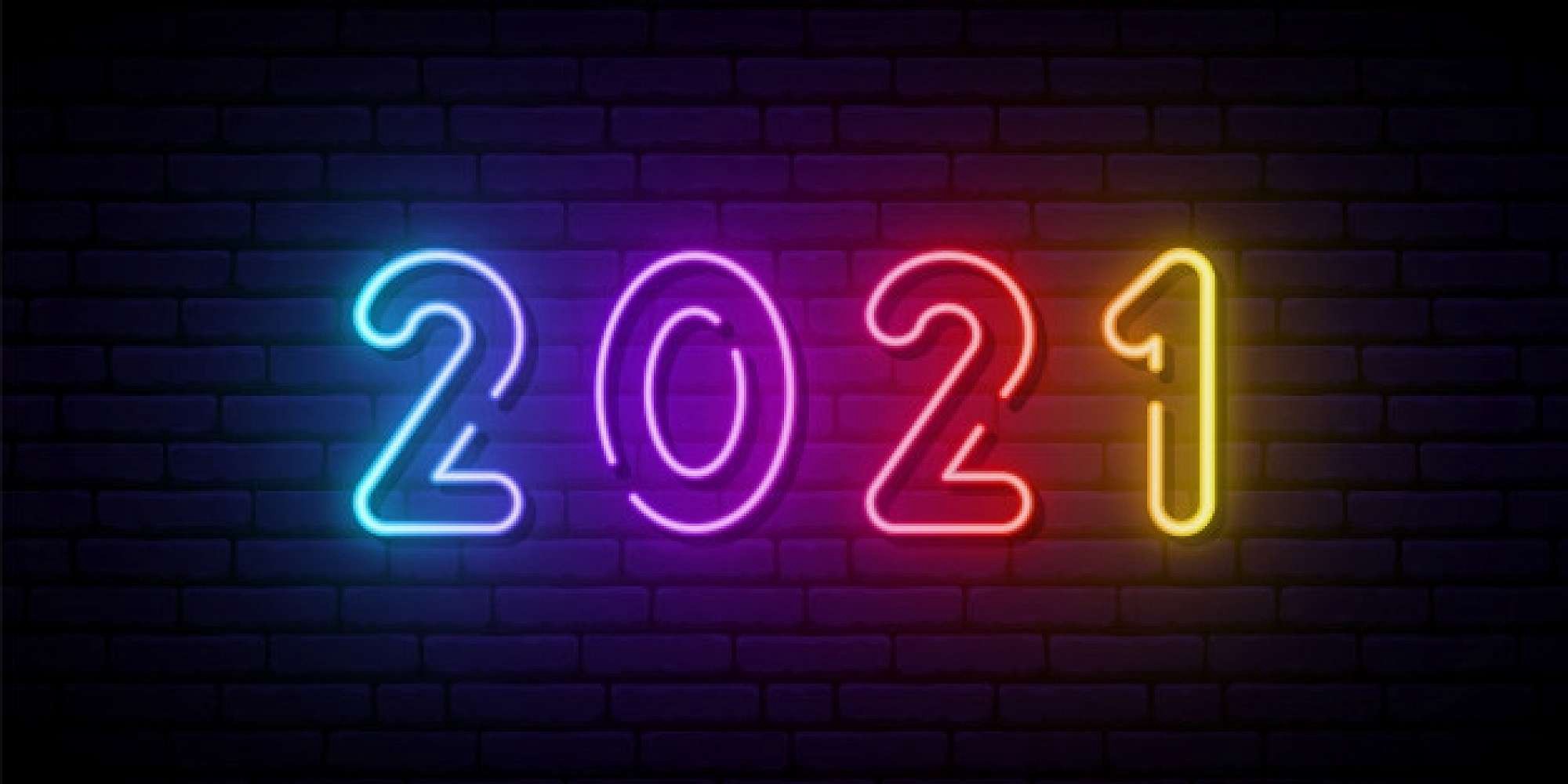 Additive Manufacturing (AM) in 2021 saw funding flowing and start-ups growing! The following is merely a selection of some of the headline announcements and progress made in AM in Australia, of course summarised with my own personal take/flair.

Perhaps the biggest cash injection for AM came with the Modern Manufacturing Initiative to support space projects, so let’s start there shall we?

No stranger to manufacturing, Romar Engineering got into AM with a hybrid machine a number of years ago. The appointment of Steve Milanoski, previously of SpaceX, has supercharged Romar’s direction and AM focus. They have since added a Concept Laser M2 to the additive line-up and attracted a number of exceptional people to the staff list. The MMI project totalling a whopping AU$5.8m is to get Romar ready to manufacture and deploy fluid and motion control projects for space missions, and they are well on their way to position themselves as a premier provider of qualified AM products backed by design and materials innovation.

Titomic (ASX: TTT) was another winner with their grant going towards a “green titanium’ project, essentially a Hydride-Dehydride process that uses green hydrogen. Perhaps the bigger win for Titomic this year though was raising another AU$9m plus a further AU$2m from a share purchase plan. In addition to the Tri-D Dynamics (a smart piping company) acquisition through its USA subsidiary, Titomic also acquired Dycomet, a Netherlands-based cold spray provider. The best and most interesting news, in my opinion, was the sale of a system to UK-based research organisation TWI in the UK. TWI have been active in cold spray for some time and intend to use the Titomic system to support R&D for aerospace applications (the purchase was funded by the Aerospace Technology Institute). 2021 saw reshuffles in the executive team and board, with the most significant appointment being ex-3D Systems executive Herbert Koeck appointed as the ongoing CEO.

SPEE3D were another one successful with the MMI grants, and theirs really intrigued me. Their project, SPAC3D, investigates spraying a copper metal matrix composite alloy with the aim of making 3d printed rocket engines at low cost. The copper alloy is a competitor alloy for the L-PBF alloy GRCop-42, but unlike GRCop it is not suitable for thermal processing, yet it makes for an excellent cold spray material. Other good news has come in the form of sales to 3D in Metal from El Salvador, Elementum3D, and Penn State University. They also launched their SPEE3DCraft simulator that I got to try out at Formnext this year. It’s like a gamification of AM operations and you know what….it’s not a bad idea! I wish more companies would do this.

Speaking of Formnext, Automation Acoustics has its first showing at the annual AM show in Frankfurt with a start-up booth this year. Founder and CEO Anthony Lele however, is no stranger to AM or to Formnext, but this was the year for Automation Acoustics to make their debut! The tech is based on the premise of calibrating acoustic emissions to identify critical errors and process deviations in DED processes. Anthony has locked in several sales across Europe already; combined with a number of promising leads at Formnext it’s safe to say his start-up is out of stealth mode as of 2021.

Booth neighbours to Automation Acoustics at Formnext and likewise another Aussie start-up providing process monitoring, Additive Assurance, were able to stroll into the halls of Frankfurt with the announcement that they have signed a partnership with Volkswagon this year. The VW AM facility in Wolfsburg, Germany will be installing an AMiRIS unit to verify the quality of metal AM parts. In a world where for every public announcement there are at least five or ten more that you can’t announce, this is a great outcome for Additive Assurance.

AM Ventures backed AM thermal applications company Conflux Technology locked down their AU$8.5m Series A this year which has enabled them to go full throttle on expansion plans. Not only adding more machines, but also adding comprehensive testing and post-processing capabilities such that they are capable of series production. AS9100 certification is well underway to accommodate aerospace customers, their footprint has expanded to Japan officially now, and new people are being added at an increasing rate. I caught up with Ben and Michael from Conflux at Formnext (yes, I need to go to the other side of the world to see a company that is located not even two hours drive away from me!) and got to see some of their latest products. as shown below.

Amiga Engineering continues to be the flag-bearer for 3D Systems in this part of the world, with the biggest install base of DMP printers, and the arrival and commissioning of an sPro 60 SLS machine. Amiga has also become a reseller for ATO Lab powder atomisers, and will be receiving such a system early in 2022. This positions Amiga well for sales to R&D facilities for bespoke runs of powder. Amiga recently announced an order from Hypersonix, where they will be 3d printing Hypersonix’s scramjet engine, proving their capability in delivering to aerospace projects.

Powder supply has been a bit of a theme this year with Amiga, Titomic, and also Amaero International (ASX: 3DA) who will be looking to make titanium powder with the announcement of their AU$8m titanium plant. There are claims of “ground-breaking” technology, vertical integration (one assumes of the materials supply chain), and production costs cut in half compared to competitors. Perhaps the powder project I’m most excited about this year though, was their agreement with Rio Tinto to produce aluminium scandium alloy, but scandium is a personal favourite of mine so this is to be expected. Amaero has also shared in the space industry boom and signed a Heads of Agreement with Gilmour Space Technologies for the supply of rocket motor components for the next three years.

Like other ASX listed AM company, Titomic, Aurora Labs (ASX: A3D) has had a number of top-level changes and also raised additional capital to fund ongoing commercialisation projects. Significantly, Founder and CTO David Budge retired to pursue other interests in March this year. Aurora’s technical strategy has pivoted to using high-powered lasers (1.5 kW!) and four of them! They have released results of printed stainless steel (316L), declared their final milestone in their technology roadmap completed, and are now developing a go-to-market strategy. They have articulated their value in the (rather over-crowded) L-PBF market as filling the current market gap for a high productivity, mid-range, mid-cost machine. Because we all like watching lasers dance around on a powder bed, go check out their video showing valve trims being printed.

AML3D (ASX: AL3) has now completed over a year of being listed, and they have had some good wins delivering some significant parts to customers, most notable was the 1,450 kg panama chock printed for Keppel Technology and verified by DNV. Another verified marine component was also produced for ship-builder Austal. Both parts have been independently verified and proven to deliver cost and weight savings beneficial for operation in marine applications. AML has sold a few systems across Australia to various universities, including mine!

Which brings me to my year….my PhD in wire-arc AM did see me head up to Adelaide to play with their ARCEMY system and make some test walls. At RMIT we were able to secure funding to buy an ARCEMY unit which will consolidate a few different WAAM projects that we currently have going and will give us a lot of scope to grow the research effort into the future. Exciting times!

As a total distraction from my job at RMIT and my studies, but keeping me quite engaged in AM more broadly, Adam Penna and I started a weekly AM news chat on Clubhouse. It sprung out of a desire to discuss all the latest AM developments with other AM folks. With the exception of a Formnext break, we managed to keep it going every week throughout 2021! We’ve covered some big news, had some fun guests, and I’m pleased to say that no one is in any doubt as to what a SPAC stands for anymore! Earlier in the year I sat on the other side of the desk in a fun chat with Aaron Lichtig for Ok Xoomer, and then another interview with Standards Australia on AM standards development in Australia.

Finally getting on a plane and heading to Frankfurt was the highlight of 2021. Having spent my last two years in the “world’s longest lockdown” (yes, it’s true), my last-minute trip to Formnext and afterwards to visit the MX3D bridge was just surreal. I’m looking forward to/hoping for a much less constrained 2022, as I’m sure you all are too!

Wishing you all a happy holiday season 🌟

Alex Kingsbury is Additive Manufacturing Industry Fellow & Engagement Lead at RMIT University. This article originally appeared on Linkedin and has been republished with permission.