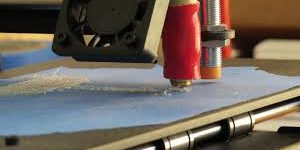 In work funded by the Pittsburgh university’s Manufacturing Futures Initiative, Vyas Sekar and Matthew McCormack have created a system to identify a printer’s security vulnerabilities and identify potential routes of attack.

“For example, it can find out whether connecting a web camera to a 3D printer provides attackers an avenue to steal information,” a statement explains.

Of eight printers from a variety of vendors tested, each had vulnerabilities to denial of service (DOS) attacks. Future work will be around tailoring security measures they have developed to each printer “based on its problems and how it operates.”

Electrical and computer engineering PhD candidate McCormack said that, ““What we want to do next is say, alright, we found these problems, and we have a tool. Can we now create a way to protect them?”

“Can we add on something to the network to protect this printer so someone can’t steal that information? Can we use what we learn about the printer itself to bolt-on a defense for the printer?”

The team has named its solution Connected 3D Printer Observer, or C3PO.