BluGlass and AMGC team up to develop silicon foundry industry 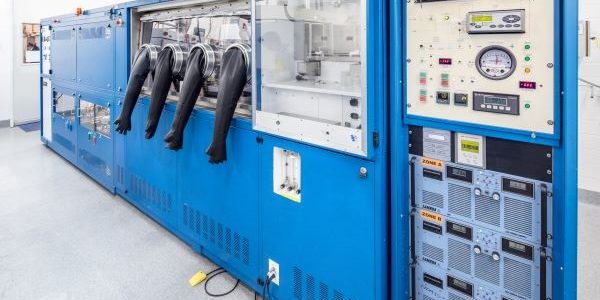 Australian semiconductor manufacturer BluGlass Limited has been awarded a grant from the Advanced Manufacturing Growth Centre (AMGC) to help develop its core technology.

Known as BLG-500, the machine creates 6×6 semiconductor wafers or 42, two inch wafers for the production of laser diodes, LED and microLED industries.

The project is expected to establish an advanced, high throughput, laser diode foundry business in Australia, according to AMGC.

BluGlass’ high-density, large-scale plasma source is being designed to produce ultra-precision uniformity for the deposition of semiconductor devices, lasers and next-generation LEDs.

The AMGC project specifically focusses on a new plasma source for the company’s BLG-300 system to upgrade its capability.

“What BluGlass is doing is game-changing. They are delivering better value – and in high demand, products to the global market.

“Yet again, putting Australian manufacturing on the map as a place to make sophisticated goods and competing on value not cost.”

BluGlass Chief Technology Officer, Dr Ian Mann said the funds would help develop a of a number of new competitive edges for commercialisation of the RPCVD technology.

Mann said: “The new design will support scalability on virtually any MOCVD platform in the industry and be capable of hybrid (both MOCVD and RPCVD growth) in a single deposition chamber, enabling the advantages of each growth technique for the first time in a single platform”.

BluGlass will collaborate in the project with the Space Plasma, Power and Propulsion (SP3) Laboratory at the Australian National University on plasma source design, simulation and testing.

Other partners are AKELA Laser on laser diodes device packaging and testing, and Objective 3D on metal 3D design, test and rapid prototyping of critical plasma source components for the successful delivery of the project.

It is anticipated that the successful project will help grow the company’s revenues to $40-75 million by FY 2025, while nine additional highly skilled engineering and scientific roles will be created during the project.

On successful completion up to 50 new jobs will be created as a result of the project.