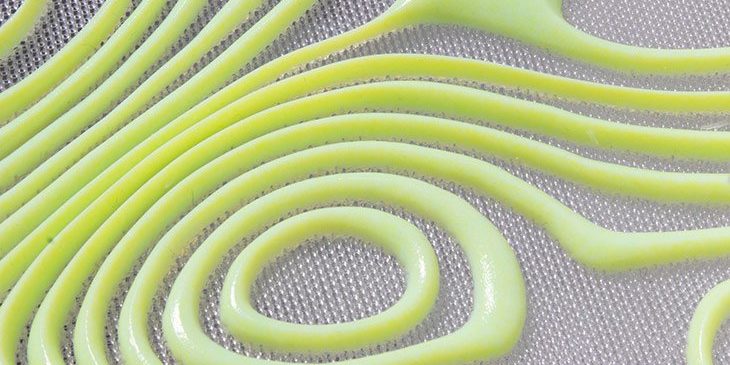 The organisation’s R&D manager for Europe, Birgit Gahlen, said that printing onto a base of merino could create new “new visual possibilities, dynamism and movement” while keeping the comfort and performance of merino.

AWI said new visual characteristics such as “enigmatic shimmer effects” when fabric moved over a wearer could be created, as well as mass customisation possibilities and improvements in production times and waste.

AWI is a not-for-profit performing marketing and R&D for Australian wool on behalf of the nation’s woolgrowers.

Picture: A close-up of a design ‘The Onion Dress’ by Royal College of Art student María Fernanda Nava.