3ME battery technology headed for the battlefield 3ME Technology has positioned itself as a veteran run manufacturer supplying advanced battery technologies for mining, military and marine systems, as this case study explains.

Justin Bain, former Army Signals Officer and now CEO and part owner of 3ME Technology was recruited to accelerate the commercialisation of the company’s battery vehicle systems for the mining industry.

Bain secured over $3 million in funding from mining clientsy and Federal Government grant programmes to contribute to mining company efforts to decarbonise and clean up their operations.

Bain said: “The support enabled the company to remain technology focused, grow a high-performance team and to establish a strategic position in support of an important mission to electrify mining operations.”

3ME Technology has since signed contracts with multiple mining vehicle OEMs and presented at the inaugural international Electric Mine conference in Toronto in 2019.

Under Bain’s leadership, the company refocused and rebranded to 3ME Technology – standing e-mobility for mining, military and marine.

With the rebranding and employment of additional veterans, 3ME Technology was established as an Australian Veteran Owned Business (AVOB).

AVOB is a non-profit third-party certifier which promotes the recognition of Australian Defence Force veteran owned and operated businesses.

The company also relocated to Newcastle to establish its production facility, where it is working on high profile projects including:

The team has most recently won its first contract with C4 EDGE, a defence industry cooperative developing a sovereign land battlegroup communications environment for the Australian Army.

The CEO for EOS Defence Systems which is taking the lead in the programme, Grant Sanderson said: “3ME Technology were an obvious choice for the programmne due to their strong mix of both military operational experience and power solutions expertise, with a focus on safety and state-of-the-art technology.”

Ultimately, by the end of 2021 the programme will have delivered a proof of concept demonstration that shows the capability of Australian industry to further develop a sovereign communications system. 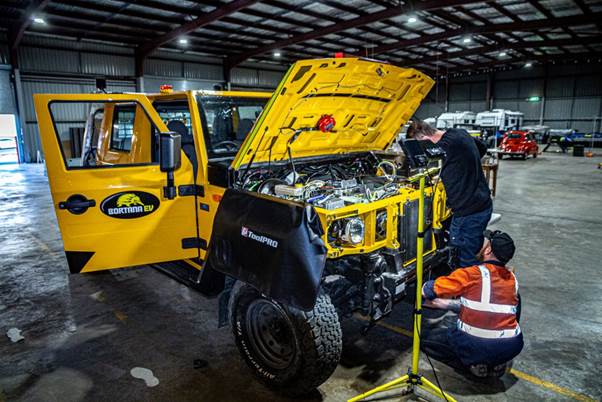