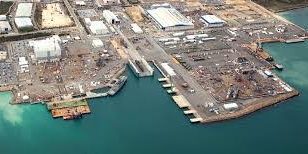 Studies on the development needs of the Henderson shipyard have been announced by the federal government.

The studies were budgeted at $9 million over two years, according to a statement from the government on Monday, and include “wharf design, shiplift and docking options, vessel transfer paths, new berth options, security, utilities, facilities and amenities, and integrated transport solutions.”
The Australian Marine Complex at Henderson, 23 kilometres south of Perth, is one of only two sites for construction of ships and submarines identified for shipbuilding in the National Naval Shipbuilding plan.
Defence industry minister Linda Reynolds described it as “a key sustainment hub” for defence, as well as commercial shipbuilding and repair, the resource sector, and offshore oil and gas. The results of the detailed studies “will build on the strategic infrastructure and land use planning which has been commissioned by the State Government.”
The site was established in 2003 by the Western Australian government, with federal assistance.
Picture: www.australianmarinecomplex.com.au
Subscribe to our free @AuManufacturing newsletter here.
By EditorOctober 6, 2020
Share this post
Share on FacebookShare on Facebook TweetShare on Twitter Share on LinkedInShare on LinkedIn Pin itShare on Pinterest Share on WhatsAppShare on WhatsApp